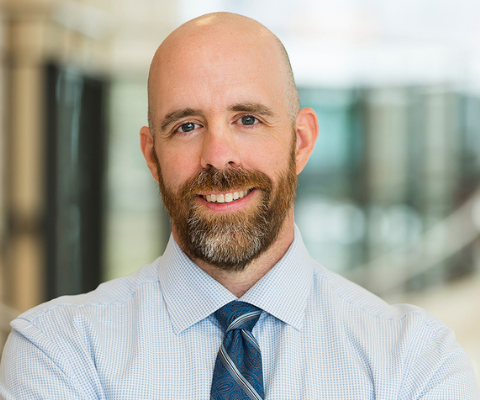 Benoit-Antoine Bacon started his five-year mandate as president of Carleton University on July 1, 2018. He joined Carleton from Queen’s University where he served as provost and vice-principal, academic.

Dr. Bacon is a director on the board of Universities Canada.

His first academic appointment was at Bishop’s University, where he served in a number of leadership roles including dean of Arts and Science, associate vice-principal for research, chair of the psychology department and chief negotiator for the association of Bishop’s professors. He is a three-time recipient of Bishop’s Merit Award for exceptional performance in teaching and research.

Dr. Bacon holds a PhD in neuropsychology from the Université de Montréal, after which he undertook an NSERC-funded post-doctoral fellowship at the University of Glasgow in Scotland.

His research in the field of cognitive neuroscience focuses on the links between brain activity and perception in the visual and auditory systems, as well as on multisensory integration. He remains associated with the Montreal-based Neuropsychology and Cognition Research Centre (CERNEC), which is funded by the Fonds de recherche du Québec – Santé.