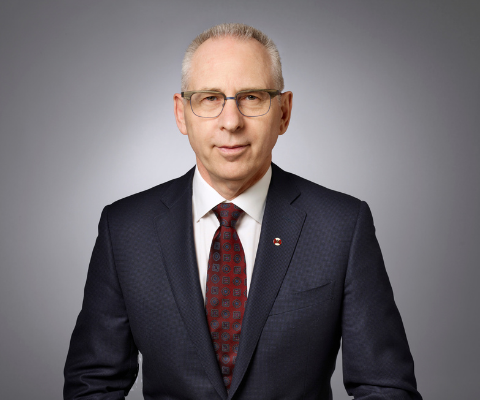 Edward McCauley became the ninth president and vice-chancellor of the University of Calgary on January 1, 2019.

Dr. McCauley is a director on the board of Universities Canada.

An internationally-recognized scholar and researcher, Dr. McCauley has established a distinguished career developing innovative, interdisciplinary research centres, partnerships and projects. He is a world-renowned researcher in population ecology, blending theory and research to understand aquatic ecosystems and the impact of water issues for communities around the world. In addition, Dr. McCauley has served on several national panels, including the Canada Research Chairs program and NSERC grant selection committees.

This wide berth of research has garnered numerous awards and accolades. Dr. McCauley was inducted as a Fellow of the Royal Society of Canada, selected as a Tier 1 Canada Research Chair (2001-2009) and held several distinguished visiting international professorships in Germany, Sweden, the U.K., Norway, the Netherlands, most recently, the prestigious LE STUDIUM International Research Chair at the Loire Valley Institute for Advanced Studies in France.

In addition, Dr. McCauley was the project leader and principal investigator for the Advancing Canada’s Wastewater Assets Project. This project, developed through a partnership between the University of Calgary and the City of Calgary, is designed to lead the world in advanced wastewater treatment.

He has served as a board member for Mitacs, TRIUMF, the Pacific Institute for the Mathematical Sciences, and Compute Canada. Most recently, Dr. McCauley participated as a member of both the Leadership Council for Digital Research Infrastructure and the Research Council for the Canadian Institute for Advanced Research.