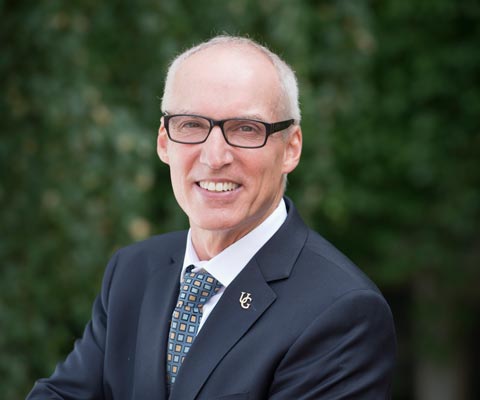 Dr. Franco Vaccarino began his term as president and vice-chancellor of the University of Guelph in August 2014.

Dr. Vaccarino is a director on the board of Universities Canada and serves on the association’s Research Committee.

A distinguished researcher and teacher, he has focused on emerging areas of study and innovative experiential learning opportunities. He is an internationally recognized and widely published researcher and scholar, with more than 100 academic publications.

Dr. Vaccarino’s studies of the neurobiology of stress and motivation are considered a model for bridging the neural and behavioural sciences. In 2004, he served as principal editor of the World Health Organization’s “Neuroscience of Psychoactive Substance Use and Dependence” report, the first comprehensive WHO report on the biology of substance dependence. In 2015, he was one of two principal editors of a national report on the effects of early and frequent marijuana use during adolescence released by the Canadian Centre on Substance Abuse.

Dr. Vaccarino holds a BSc from the University of Toronto and an MS and a PhD in psychology from McGill University. He was a post-doctoral researcher at the Scripps and Salk institutes in California.