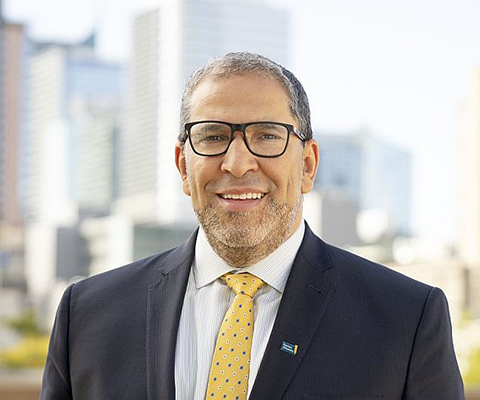 A graduate of L’Université des Sciences et de la Technologie d’Oran in Algeria (civil engineering, with distinction) and L’Université de Sherbrooke (MASc and PhD, Structural Engineering), Dr. Lachemi is the Past Chair of the Council of Ontario Universities, Chair of the Finance Committee of Universities Canada, Fellow of the Canadian Society for Civil Engineering, Fellow of the Canadian Academy of Engineering, and a Board member of Trillium Health Partners, Rogers Communications Inc., Hackergal, and DMZ Ventures. He was a member of the National Research Council from 2018 to 2021.