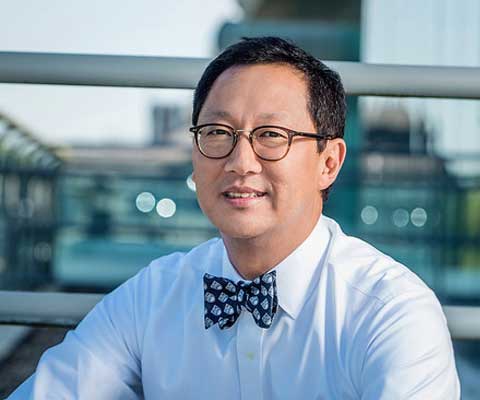 Professor Santa Ono became president and vice-chancellor of the University of British Columbia on August 15, 2016.

Professor Ono is a director on the board of Universities Canada and serves on the association’s International Committee.

As a professor of medicine and biology, Professor Ono has worked at Harvard, Johns Hopkins, University College London, and Emory universities. In 2015 he was inducted by Johns Hopkins into its Society of Scholars, which honours former faculty who have gained distinction in their fields. Professor Ono’s research encompasses the immune system, eye inflammation and age-related macular degeneration – a leading cause of blindness. He and his research team are working to develop a blood test that could identify biomarkers in people who are progressing towards the disease.

As a university administrator, professor Ono is deeply committed to diversity and his achievements were recently recognized by the American Council on Education with an award that honours individuals who have demonstrated leadership and commitment on a national level to the advancement of racial and ethnic minorities in higher education. Inside Higher Education named him America’s most notable university president in 2015.