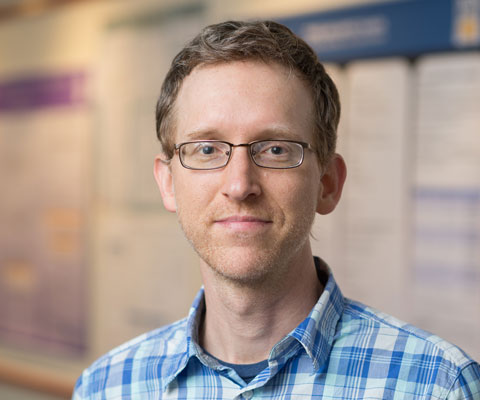 Bryan Gick, professor of linguistics at the University of British Columbia (UBC), was awarded a Guggenheim Fellowship in Linguistics. By combining research into the production, perception, control and biomechanics of speech, Dr. Gick has been bringing the human body into discussions of language.

Dr. Gick is considered a pioneer in using ultrasound biofeedback to teach and learn pronunciation, particularly for language learners, people with speech and hearing disorders, and communities at risk of losing their language. In 2009, as a featured author in Nature, he showed how humans “feel” speech through the skin. As an Early Career Scholar at the Peter Wall Institute for Advanced Studies at UBC, he co-developed ArtiSynth, a platform that would become home to “Frank” — the world’s first virtual biomechanical model of the human head, neck, and face. ArtiSynth has since permitted research and the development of applications related to speech, swallowing and surgical planning.

Following his undergraduate studies at the University of Pennsylvania, Dr. Gick earned two graduate degrees and a PhD at Yale University. In addition to his role as a professor in the Department of Linguistics at UBC, Dr. Gick is director of the Masters in Data Science in Computational Linguistics and co-director of the Language Sciences Initiative. He also holds associate appointments in the Department of Psychology; the School of Audiology and Speech Sciences; and the Institute for Computing, Information and Cognitive Systems. Outside UBC, he is a senior scientist at Haskins Laboratories in New Haven, Connecticut.

As director of the Interdisciplinary Speech Research Laboratory (ISRL) at UBC, Dr. Gick leads a team exploring a range of areas, including the use of visual biofeedback to treat speech and hearing disorders, and the use of ultrasound for imaging the tongue during speech. As of early 2018, the dozen-member team included four graduate and three postdoctoral researchers. In addition to collaborating with other UBC departments and Canadian universities, the lab also networks with researchers in many other countries, including Singapore, Taiwan, Australia, France, England, Hong Kong, Ghana, New Zealand and the United States.