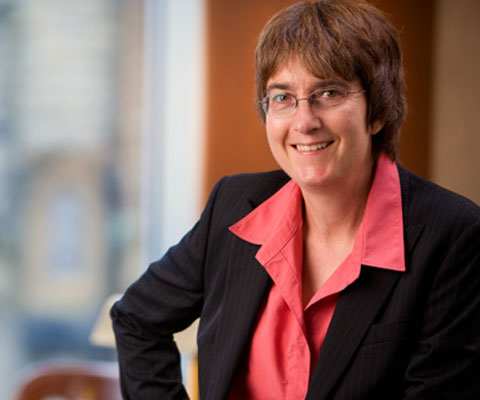 Taking a pragmatic approach to philosophy

Cheryl Misak, a professor of philosophy at the University of Toronto, was awarded a Guggenheim Fellowship in Intellectual and Cultural History. Her research interests include American pragmatism, the history of analytic philosophy, moral and political philosophy and the philosophy of medicine. She has also held administrative positions as vice president and provost where Dr. Misak was known for her own brand of pragmatism.

Although associated with the University of Toronto since 1990, Dr. Misak has been a visiting professor of philosophy at New York University, as well as a visiting fellow at both St. John’s College and Trinity College at the University of Cambridge. She has also been a Rhodes scholar and a Humboldt research fellow, and is a fellow of the Royal Society of Canada.

Support for her research from the Government of Canada has included five grants from the Social Sciences and Humanities Research Council of Canada.

Her five books comprise Cambridge Pragmatism: From Peirce and James to Ramsey and Wittgenstein (2016); The American Pragmatists (2013); Truth, Politics, Morality: Pragmatism and Deliberation (2000); Verificationism: Its History and Prospects (1995); and Truth and the End of Inquiry: A Peircean Account of Truth (1991). Her most recent project is an intellectual biography of Frank Ramsey, the University of Cambridge philosopher, economist and mathematician.