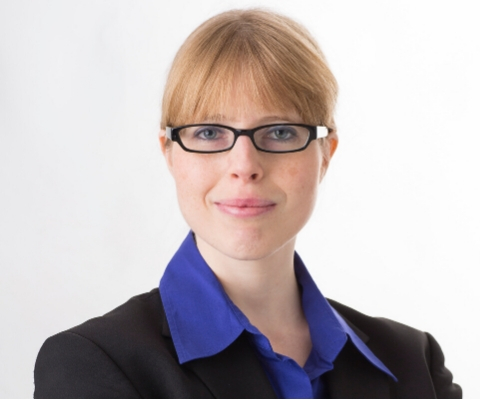 Investigating interactions between light and matter

Christine Muschik, an assistant professor at the University of Waterloo, received a Sloan Fellowship in recognition for her research in quantum physics, which could eventually lead to greater understanding of high-energy physics – including the physics of the early universe.

Through the development of novel tools, Dr. Muschik explores and engineers interactions between light and matter. The tools, which focus on quantum networks and quantum simulations of models from high-energy physics, have applications in the field of quantum information science. Ultimately, she hopes to tackle problems related to heavy ion collisions in particle indicators, matter at extreme densities and the physics of the early universe.