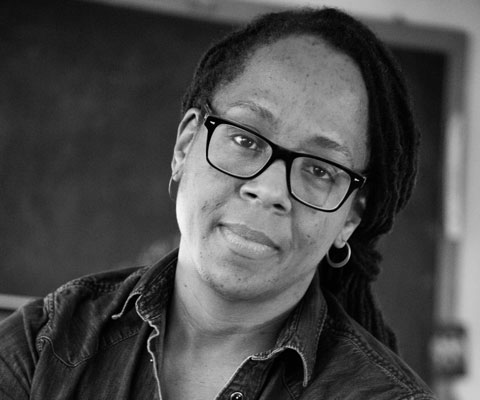 Tracing the history of Black Settlement on the Canadian prairies

Deanna Bowen, a Toronto-based interdisciplinary artist and educator, was awarded a 2016 Guggenheim Fellowship in the Film-Video category for a program of field research and artistic creation that will culminate with the production of An Exoduster’s Archive. This “expanded road movie” explores Bowen’s maternal great-great-grandparents’ migration from the Southern US to Canada in 1908. The project takes its name from the “Exoduster Movement” – a post-Reconstruction mass migration of African Americans who journeyed to Kansas (and Canada) from the Southern US in search of work and freedom after the Civil War.

A descendant of the Alabama and Kentucky-born Black Prairie pioneers of Amber Valley and Campsie, Alberta, Ms. Bowen has been drawing on her family history as the central pivot of her work since the early 1990s. Her broader practice examines history, historical writing and the ways in which artistic and technological advancements impact individual and collective authorship.

Ms. Bowen holds a Masters Degree in Visual Studies from University of Toronto (2008) and Diplomas of Fine Art from Emily Carr College of Art and Design (1994) and Langara Community College (1992). Her work has been exhibited internationally in numerous film festivals and museums, including the Institute of Contemporary Art at the University of Pennsylvania, UnionDocs Centre for Documentary Art, the Images Festival, Flux Projects, the Kassel Documentary Film and Video Festival, the Nasher Museum of Art at Duke University, and the Canadian Museum of Immigration at Pier 21, Halifax.

In addition to exhibitions and festivals, her writings and art works have appeared in numerous publications including Towards an African-Canadian Art History: Art, Memory and Resistance (forthcoming); North: New African Canadian Writing – West Coast Line; and Má-Ka : Diasporic Juks: Contemporary Writing by Queers of African Descent.