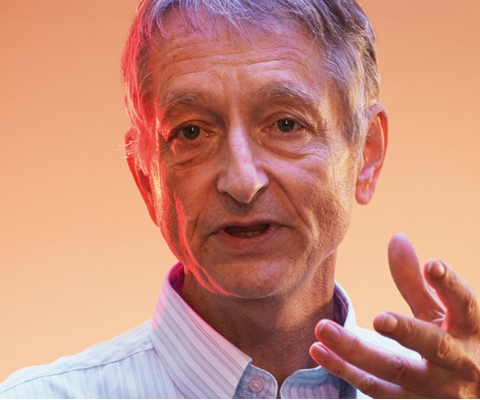 The godfather of the deep learning revolution

Geoffrey Hinton, a professor at the University of Toronto who is often referred to as the godfather of deep learning, was one of three winners of the 2018 ACM A.C. Turing Award. Announced and awarded in June 2019, the prize recognized Dr. Hinton and the other winners for their conceptual and engineering breakthroughs that have made deep neural networks a critical component of computing.

Dr. Hinton is now an emeritus distinguished professor and a fellow of the Royal Society, the Royal Society of Canada, and the Association for the Advancement of Artificial Intelligence. Since 2013, he has been working halftime for the Google Brain team and now directs their research group in Toronto. He is also the chief scientific adviser of the Vector Institute.

*The ACM A.M. Turing Award, the most prestigious technical award offered by the Association for Computing Machinery (ACM), is given for major contributions of lasting importance to computing. Often called the “Nobel Prize of Computing,” the ACM A.M. Turing Award carries a $1 million prize, with financial support provided by Google, Inc. It is named for Alan M. Turing, the British mathematician who articulated the mathematical foundation and limits of computing.