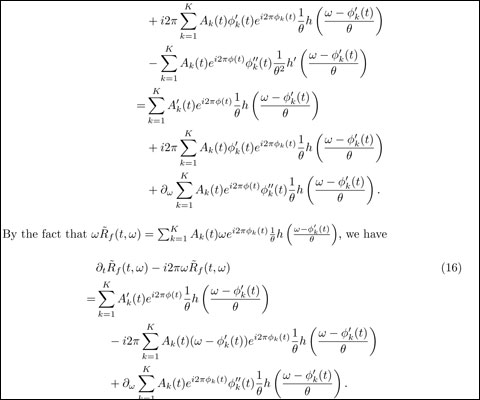 Dr. Hau-tieng Wu, assistant professor in the department of mathematics at the University of Toronto, was awarded a 2015 Sloan Research Fellowship to further his mathematical work and statistical big data analysis, as well as his research into their medical applications. Among his interests is determining how different breathing patterns affect blood pressure, heart rate and other physiological signals. He also works to assess sleep stages using modern tools such as electrocardiograms.

He focuses on analyzing massive datasets by applying proper mathematical tools and theorems.