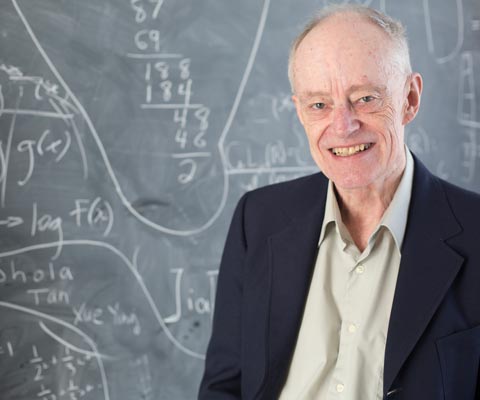 Creating a vision of a unified mathematical world

The Ted Mossman Chair in Mathematics at the University of Toronto, Dr. James G. Arthur was awarded the prestigious 2015 Wolf Foundation Prize in Mathematics for “his monumental work on the trace formula and his fundamental contributions to the theory of automorphic representations of reductive groups.”

“Arthur’s work is a mathematical landmark that will inspire future generations of mathematicians,” the foundation says.

Dr. Arthur’s developments in automorphic forms and representation theory have opened new approaches to the challenges posed by a theoretical mathematical model developed some 30 years ago by Canadian mathematician Robert Langlands. The model, which seeks to link two branches of mathematics — analysis and algebra — has created a vision of a unified mathematical world in which independent mathematical disciplines will prove to be related. Dr. Arthur’s trace formula has become mathematicians’ most powerful tool in this quest, regarded by many as the most challenging frontier.