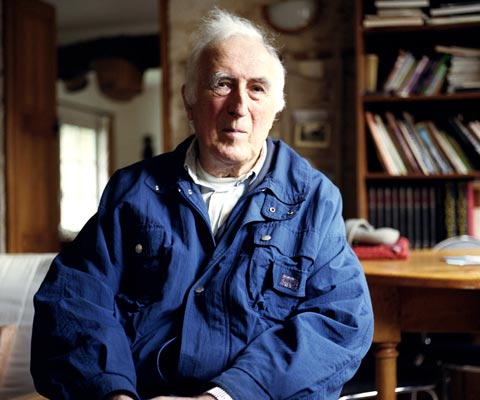 Acclaimed as a Canadian who inspires the world and a nation builder, Jean Vanier is the founder of L’Arche, a revolutionary international network of communities where people with and without intellectual disabilities live and work together as peers. The Templeton Foundation awarded Mr. Vanier the prestigious Templeton Prize “for his innovative discovery of the central role of vulnerable people in the creation of a more just, inclusive and humane society.”

What began quietly in northern France in 1964, when Mr. Vanier invited two intellectually disabled men to come and live with him as friends, has now grown into 147 L’Arche residential communities operating in 35 countries. Jennifer Simpson, daughter of the Templeton Foundation’s president, noted that “Vanier’s powerful message and practice of love has the potential to change the world for the better, just as it has already changed the lives of countless individuals.”

Mr. Vanier also established Intercordia Canada in 2003, a non-profit organization that partners with Canadian universities to offer students a unique, university-accredited experience. Intercordia aims to encourage moral responsiveness and develop respect for diversity and other cultures.

Humanist, philosopher, theologian and author, Mr. Vanier has written more than 30 books which have been translated into 29 languages, has given thousands of talks around the world, and has received many honours and awards, including the French Legion of Honour.

Learn more about the Templeton Prize