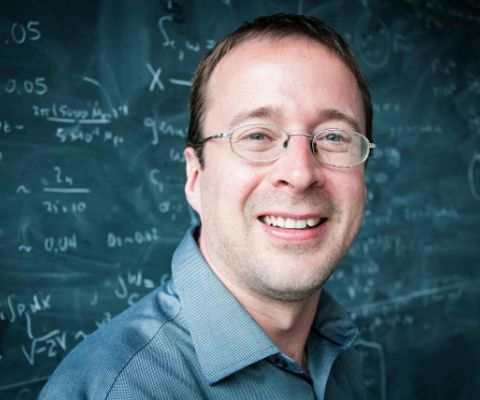 Kendrick Smith was one of three academics awarded the New Horizons in Physics Prize “for the development of novel techniques to extract fundamental physics from astronomical data.” Dr. Smith holds the Daniel Family P. James E. Peebles Chair in Theoretical Physics at the Perimeter Institute for Theoretical Physics in Waterloo.

As a “data-oriented” cosmologist, Dr. Smith mixes theoretical physics, phenomenology, computational physics, statistics and data analysis. He has been part of several large experiments, including on cosmic microwave background (CMB) – sometimes called the oldest light in the universe. Indeed, Dr. Smith is best known for data analysis and phenomenology that led to the first detection of gravitational lensing in CMB satellites. More recently, he joined the Canadian Hydrogen Intensity Mapping Experiment, a new experiment in British Columbia that aims to measure the radio sky with more sensitivity than previous all-sky surveys.

Among previous awards, Dr. Smith was named a fellow in the CIFAR program Gravity & the Extreme Universe in 2019. As a member of Wilkinson Microwave Anisotropy Probe Science Team, he was also co-awarded the Breakthrough Prize in Fundamental Physics in 2018 and the Gruber Cosmology Prize in 2012.