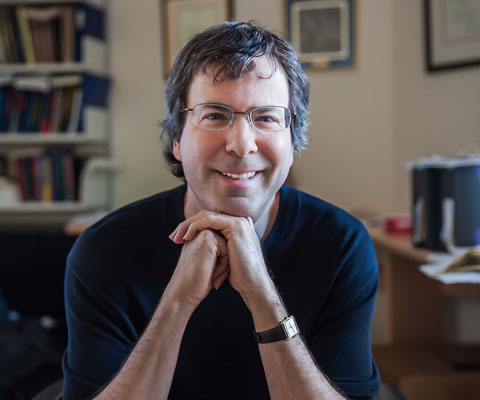 Lewis Kay, a senior scientist in molecular medicine at The Hospital for Sick Children, was named a laureate of the Canada Gairdner International Award for his role in developing modern nuclear magnetic resonance (NMR) spectroscopy. It is the first time a Canadian has won the award since 2008. A colleague at the University of Toronto, where Dr. Kay is also a professor in the Departments of Chemistry, Biochemistry and Molecular Genetics, calls his work “seeing the unseeable.”

Using Dr. Kay’s methods, which are offered through an open source approach to research, scientists around the world can study how the shapes of large molecules like proteins change over time. This generates insight into the nature of protein structure and the importance of flexibility for biological function. Such findings give scientists a deeper understanding of diseases, and could one day pave the way for drugs to target specific proteins.

In 2001, Dr. Kay was named Canada Research Chair in Protemoics, Bioinformatics and Functional Genomics, a position renewed in 2014.  In 2017, he was named an Officer of the Order of Canada, the latest in a string of awards that have included the Merck Frosst Award, the Steacie Prize, the Favelle Medal and the Gunther Lauien Prize, among others. He is also a member of the Royal Society of Canada and the Royal Society (London).