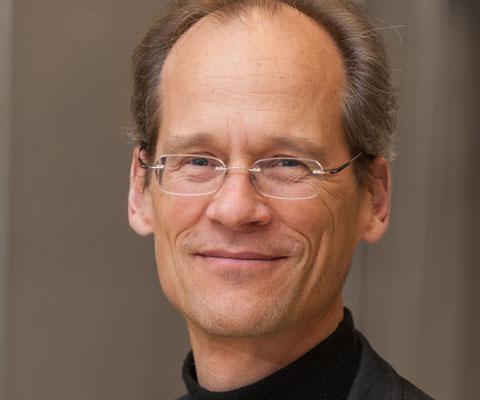 Making waves in the world of quantum physics

Louis Taillefer, a professor at the Université de Sherbrooke, was awarded the 2017 Simon Memorial Prize, becoming the first Canadian to receive the prize since its inception in 1957. Dr. Taillefer, who also directs the quantum materials program at the Canadian Institute for Advanced Research, was acknowledged for his “pioneering contributions to the field of unconventional superconductivity.”

The Taillefer lab has 13 members and some 45 alumni. Dr. Taillefer and his team have made several experimental discoveries that have advanced our understanding of superconductors, so named because they conduct electricity perfectly, without any loss of energy. In 2007, for example, they observed “quantum oscillations” in a copper-oxide superconductor, which transformed how scientists view electron behaviour in these materials, the strongest known superconductors.

So far superconductors only perform at extremely low temperatures (below -100 degrees Celsius). Achieving room-temperature performance, which Dr. Taillefer has called his “holy grail”, would open up countless possibilities — from energy efficiency to transportation.

Dr. Taillefer, who quit high school for a year to work on a friend’s farm, pursued an undergraduate degree at McGill University. He finished at the top of his class, sharing the gold medal for top student in math and physics with his twin brother. Following his BSc in physics at McGill, he earned his PhD in physics at the University of Cambridge, England.