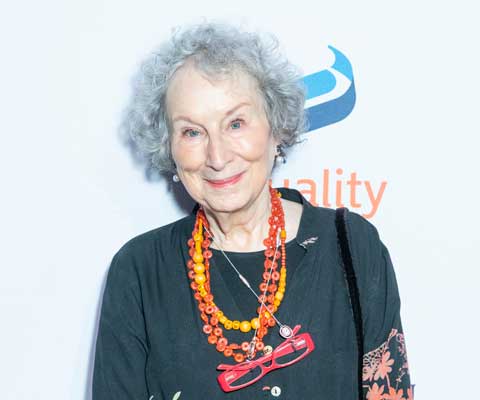 Harnessing the power of literature for socio-political critique

Internationally-renowned author, poet and literary critic Margaret Atwood was awarded the 2019 Booker Prize for Fiction, one of the most prestigious literary awards in the world, for her highly anticipated dystopian novel The Testaments—a sequel to her critically-acclaimed 1985 novel The Handmaid’s Tale.

Released more than 30 years after The Handmaid’s Tale, The Testaments follows the story of three drastically different women who reside in the Republic of Gilead, a futuristic, theocratic and totalitarian society in which women are stripped of their rights and agency. Exploring themes of class, subjugation, resistance and freedom, The Testaments is “a savage and beautiful novel that speaks to us today with conviction and power,” according to Booker judges.

Margaret Atwood began writing at the age of six, and by 16 she had committed to pursue writing as a career. She received her bachelor of arts from Victoria College at the University of Toronto, followed by her master’s degree at Radcliffe College in Cambridge, Massachusetts. She also studied at Harvard University from 1962 to 1963 and from 1965 to 1967. She has taught English literature at a number of universities and colleges in both Canada and the United States.

Throughout her career, Ms. Atwood has written more than 50 books of fiction, poetry and critical essays and received more than 50 awards for her work, including the Governor General’s Award in 1966 and 1985, the Giller Prize in 1996, the Italian Premio Mondello in 1997 and the PEN USA Lifetime Achievement Award. This achievement marks the second time Ms. Atwood has received the prestigious Booker Prize for her work, after first winning it in 2000 for her novel The Blind Assassin.

Learn more about the Booker Prize

*The Booker Prize is the leading literary award in the English-speaking world, and has brought recognition, reward and readership to outstanding fiction for over five decades. Each year, the prize is awarded to what is, in the opinion of the judges, the best novel of the year written in English and published in the UK and Ireland. It is a prize that transforms the winner’s career.