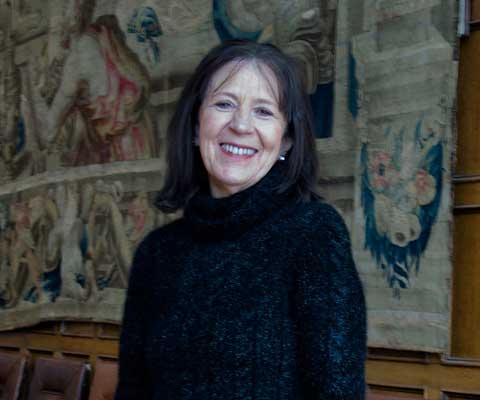 Margaret Morrison, who was awarded a Guggenheim Fellowship in Philosophy, is interested in a broad area of topics, including the role of models in scientific investigation, mathematical explanation in physics and biology, and the role of computer simulations in producing knowledge. Her early work, for example, examined how we extract concrete information from abstract mathematical representations. More recently, she is exploring whether computer simulations can ever truly hold the same status for knowledge as measurements.

Dr. Morrison completed her first degree in philosophy at Dalhousie University before earning graduate and post-graduate degrees from the University of Western Ontario. She held positions at Stanford University and the University of Minnesota in the United States before joining the faculty of the University of Toronto in 1989. She has also been a research fellow at the Wissenschaftskolleg zu Berlin, the Centre for the Philosophy of the Natural and Social Sciences at the London School of Economics and in 2015 she was a Humboldt fellow at the Centre for Mathematical Philosophy at the Ludwig Maximillian University in Munich. In addition, she is a member of the Leopoldina, German National Academy of Science; the Royal Society of Canada; and the Académie Internationale de Philosophie des Sciences. Her support from the Government of Canada has included several grants from the Social Sciences and Humanities Research Council of Canada.

Her publications include Unifying Scientific Theories: Physical Concepts and Mathematical Structures (2000) and Reconstructing Reality: Models, Mathematics and Simulations (2015). During her Guggenheim Fellowship, Dr. Morrison will build on earlier work on the role of mathematical structures in explaining natural phenomena. She has a particular interest in econophysics, an interdisciplinary field that uses the theories and methods of statistical physics to address problems in economics, particularly financial markets.