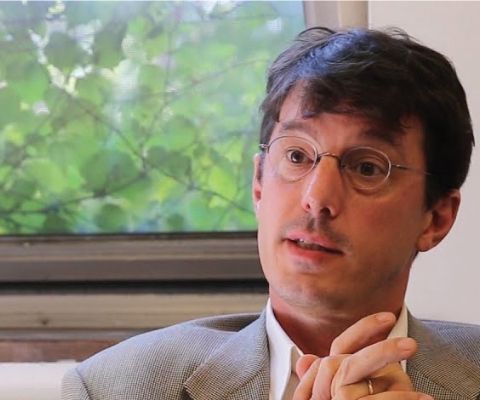 Mark Jurdjevic, a professor of early modern European history at York University’s Glendon Campus, has been awarded a Guggenheim Fellowship to explore friendship networks shared between Niccolò Machiavelli and Francesco Guicciardini. He will examine how their correspondence and epistolary debates informed the realist turn in late Renaissance historical and political writing.

Dr. Jurdjevic’s research focuses on the Italian Renaissance, Machiavelli and Florentine political and intellectual history. It explores the social history of ideas and the process by which debates between intellectuals catalyze larger historical developments. Dr. Jurdjevic chose Renaissance Florence as an ideal setting to consider the impact of ideas on social and political life, as its inhabitants produced texts that enable detailed reconstructions of universal questions about democratic life.

Dr. Jurdjevic has written two books that consider these questions. Guardians of Republicanism: The Valori Family in the Florentine Renaissance was published in 2008 and A Great and Wretched City: Promise and Failure in Machiavelli’s Florentine Political Thought was released in 2014. He has also co-edited several books, including Florentine Political Writings from Petrarch to Machiavelli in 2019. His new book, which is the subject of his Guggenheim Fellowship, will be entitled Desperation’s Remedies: Machiavelli and Guicciardini’s Debate about Freedom and Florentine Republicanism.

*Since its establishment in 1925, the John Simon Guggenheim Memorial Foundation has granted more than $360 million in Fellowships to over 18,000 individuals, among whom are scores of Nobel laureates, Fields Medalists, poets laureate, members of the various national academies, and winners of the Pulitzer Prize, ACM A.C. Turing Award, National Book Award, and other significant, internationally recognized honours.