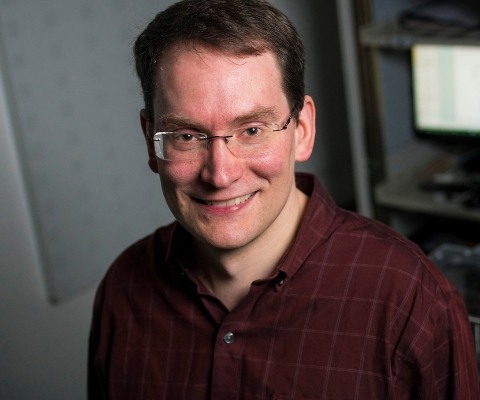 Dr. Michael Woodside, a professor in the Department of Physics at the University of Alberta, was awarded a Guggenheim Fellowship — a first for the Faculty of Science and the first such honour for the university in nearly 40 years.

Integrating physics, molecular biology and biochemistry, Dr. Woodside studies how single biological molecules like nucleic acids and proteins respond to mechanical forces. These responses offer clues to the behaviour of proteins at the molecular level, which in turn can help shed light on how proteins can trigger neurodegenerative diseases such as Parkinson’s and prion diseases like Creutzfeldt-Jakob.