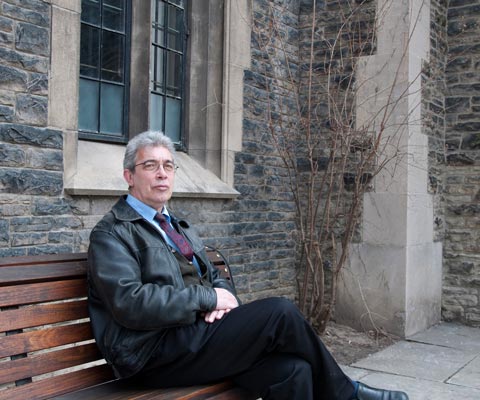 Examining the history of Bolshevik eugenics

A historian of Russian medicine and life sciences, Dr. Nikolai Krementsov was awarded a Guggenheim Fellowship to carry out research on the interactions among science, medicine and literature in Bolshevik Russia (1917-1929). A professor in the Institute for the History and Philosophy of Science and Technology at the University of Toronto, he focuses on the history of international relations in science and medicine, especially during the interwar and Cold War periods.

Dr. Krementsov’s project is titled “I Want a Baby”: The History of Bolshevik Eugenics. In many countries, eugenics is often associated with genocidal race-purification programs. Not so during the Bolshevik Russia period, where it was based on a desire to improve the genetic fitness of the Russian people. But the movement failed to secure legislative support or spark an organized movement. After the 1917 Bolshevik revolution, however, it became an established scientific discipline, exerting influence on social policies. Eugenics was banned in the Soviet Union in 1930 under Joseph Stalin.

“My goal is to examine this history in detail in its national and international contexts. Public discourse and state policies towards science often change when a state’s leadership changes, so drawing lessons from the Bolshevik Russia period may offer insights into the relationships between science and society that many nations grapple with today,” says Dr. Krementsov.