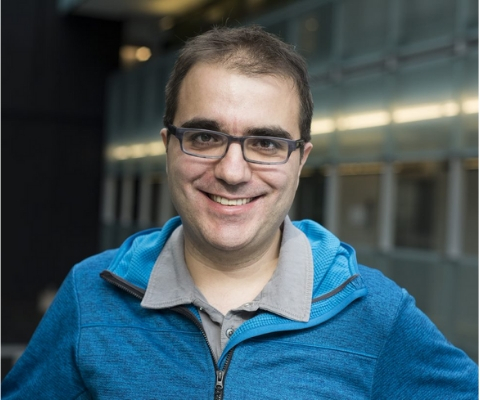 Pedro Vieira, who holds the Clay Riddell Paul Dirac Chair at the Perimeter Institute for Theoretical Physics in Waterloo, was one of two Canadian academics awarded the New Horizons in Physics Prize for “profound contributions to the understanding of quantum field theory.”

Dr. Vieira’s main research aims at developing new techniques for studying quantum field theories and string theories at finite coupling. String theory attempts to group the four known fundamental interactions — gravitation, electromagnetism, strong nuclear force and weak nuclear force — into a single theory. He studies a special massless supersymmetric quantum field theory known as N=4 SYM. If the theory can be solved, it could provide valuable lessons about the foundations of quantum field theory and string theory. In a complementary approach, Dr. Vieira also tries to carve out the space of all massive quantum theories by asking more general questions.

Following an undergraduate degree at the University of Porto, Dr. Vieira pursued graduate work at the École normale supérieure in Paris where he earned his PhD in physics in 2008. He joined the faculty of the Perimeter Institute in 2009. Dr. Vieira was previously awarded a Sloan Fellowship and the Gribov Medal in 2015.

*The New Horizons in Physics Prize is awarded by the Breakthrough Prize Foundation to promising junior researchers who have already produced important work. Each year, the foundation awards up to three prizes of $100,000. The prize is funded by a grant from the Milner Foundation.