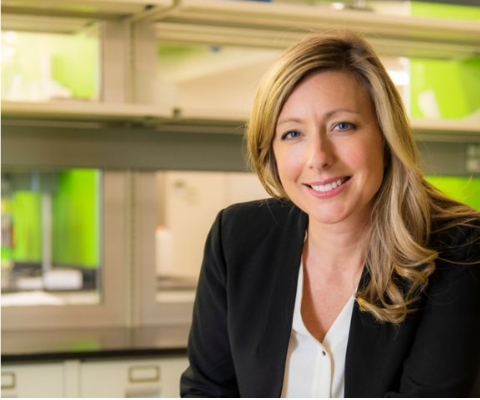 Stephanie Green, an assistant professor in the department of biological sciences at the University of Alberta, was awarded a Sloan Research Fellowship to pursue her work on biodiversity change in aquatic ecosystems.

Dr. Green investigates how disturbances, like biological invasion, climate change and over-exploitation, alter the distribution and abundance of marine and freshwater species. Her research combines field experiments, behavioural observations and simulation modeling to evaluate how interactions between species are altered by disturbance, and its consequences for ecosystem structure and function.

Dr. Green’s research produces predictive modeling tools that are used to identify management actions and solutions that are most likely to conserve and restore aquatic populations. Her lab applies this approach to a range of ecological issues, including setting targets for population control of invasive species, designing coral reef habitat restoration and predicting the effects of a changing ocean climate on the distribution of fisheries species.

In 2013, following an undergraduate degree in ecology and environmental biology at the University of British Columbia, Dr. Green completed her doctoral studies in the department of biological sciences at Simon Fraser University. In 2016, following three years as a David H. Smith Conservation Research Fellow at Oregon State University, she was named a Banting Fellow at the Center for Ocean Solutions at Stanford University. Dr. Green joined the faculty of science at the University of Alberta in 2018.