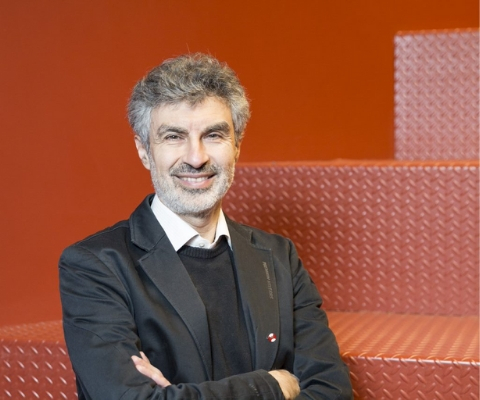 A pioneer in deep learning

Yoshua Bengio, a professor of computer science at Université de Montréal, was one of three winners of the 2018 ACM A.C. Turing Award. Announced and awarded in June 2019, the prize recognized Dr. Bengio and the other winners for their conceptual and engineering breakthroughs that have made deep neural networks a critical component of computing.

Dr. Bengio’s work in the 1980s and 1990s laid the groundwork for the development of the deep learning field in the 2000s. Since 2010, his papers on generative deep learning have revolutionized applications of artificial intelligence in machine translation and for generating synthetic images and sounds. As the author or co-author of three books and some 500 papers, Dr. Bengio was the computer scientist with the most new citations in the world in 2018.

Dr. Bengio began his university studies at McGill in 1982, culminating in a PhD in computer science in 1991. Postdoctoral studies followed at the Massachusetts Institute of Technology and Bell Labs. Since 1993, Dr. Bengio has been a professor in the Department of Computer Science and Operational Research at Université de Montréal. In addition to holding the Canada Research Chair in Statistical Learning Algorithms, he is also the founder and scientific director of the Quebec Institute of Artificial Intelligence (Mila), the world’s largest university-based research group in deep learning. He is also the scientific director of the Montreal-based Institute for Data Valorization (IVADO).

Among recent awards, Dr. Bengio was made an Officer of the Order of Canada and a Fellow of the Royal Society of Canada in 2017. That same year, he received the Prix Marie-Victorin and was named Scientist of the Year by Radio-Canada. In 2018, he received the 50th Anniversary Medal from Quebec’s Ministère des Relations internationales et de la Francophonie. He has also been awarded a 2019 Killam prize.

*The ACM A.M. Turing Award, the most prestigious technical award offered by the Association for Computing Machinery (ACM), is given for major contributions of lasting importance to computing. Often called the “Nobel Prize of Computing,” the A.M. Turing Award carries a $1 million prize. It is named for Alan M. Turing, the British mathematician who articulated the mathematical foundation and limits of computing.