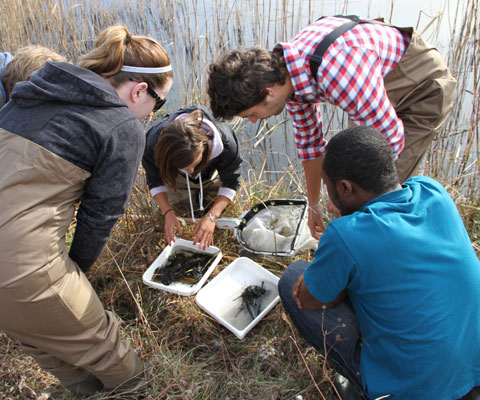 OTTAWA – The capacity of top university researchers to produce world-leading research and innovation received a major boost today with a $900 million investment from the Canada First Research Excellence Fund. The second round of CFREF awards was announced at the University of Waterloo by Minister of Science Kirsty Duncan.

With $350 million already announced in phase one, CFREF is an unprecedented investment in Canadian talent and groundbreaking ideas.

From 30 proposals submitted in this second round, 13 funded projects were selected in an open, competitive and peer-reviewed process. CFREF funding allows universities to build upon specific areas of scientific proficiency to achieve world-leading expertise.

“Universities across Canada are home to some of the top researchers and research teams in the world,” says Paul Davidson, president of Universities Canada. “CFREF is really an investment in people and ideas, and that is Canada’s competitive advantage in a rapidly changing world economy. The government’s continued investment in discovery research and innovation is driving prosperity and enhancing quality of life for all Canadians.”

← Previous
Research is happening now at Canada’s universities – ad in the Globe and Mail
Next →
Peterborough event: 21st century education for a 21st century economy and society