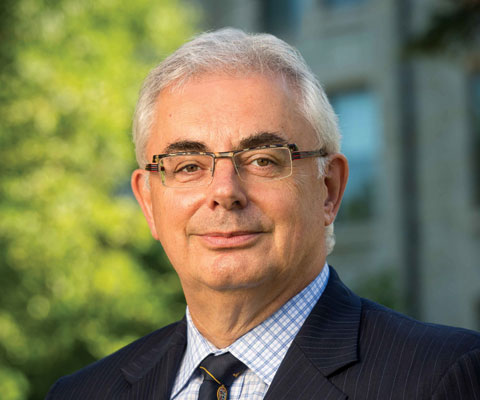 This op-ed was published on the CBC News Manitoba website on May 30, 2016

By David Barnard, past chair, Universities Canada and president, University of Manitoba

As students graduate, I hope their university days will not have been the ‘best years of their lives’

My children like to tease me that I started university when I was 18 and liked it so much that I never left. They’re right, of course: I’m almost 65 now and still at university, though it’s one halfway across the country from where I started, and I’m not a student anymore, but president.

Still, the fundamental draw, the love for the academy, the fulfilment I find here, remain the same.

Obviously, something about universities works for me. Not only have I made my life at universities for most of my professional career, but I have continued to learn and study at them, following the curiosities of my mind and heart in pursuit of higher knowledge in fields as diverse as computer science, theology and law.

My life has benefitted immensely from my association with universities.

So it troubles me when the value of a university education is diminished, or, as is sometimes the case in public discourse, denigrated. Though not for everybody, university can enhance the life, professional and personal, civic and social, of anybody who is open to its enlightenments and enchantments.

In my time in the academy, I have spoken to or shaken the hands of tens of thousands of graduates during convocations in a number of different provinces. I will speak to another almost 3,000 this week, congratulating them on their significant achievement and wishing them well on the road ahead. I do so without a trace of hesitation or doubt. I know that whatever field they may have studied, their time in the classroom or lab, engaged in extracurricular activities, or availing themselves of service learning, experiential learning or international opportunities will have opened up their lives to new possibilities and positioned them for future success.

Like everyone else, I’ve heard the stories of the baristas with universities degrees, unable to find work directly associated with their academic pursuits. I won’t call these stories myths because I know very well that on any given day there are plenty of university graduates pulling espressos or waiting tables or performing any other of the myriad tasks associated with jobs not perceived as requiring higher education. But I do think that the way we tell these stories can be misleading, and our failure to question them incisively is ultimately damaging, because these stories don’t really tell us much at all about the value of a university degree.

Statistics Canada data, in fact, paint a decidedly different picture. Twenty-year cumulative earnings of post-secondary graduates, for both men and women, across all disciplines, exceed earnings of non-graduates. And more jobs are being created in the new “knowledge economy” for university grads than for college and trades grads combined, more than one million between 2008 and 2015 according to Statistics Canada’s Labour Force Survey.

So there’s usually a good job down the road for that university-educated barista, as well as considerably increased earnings over the long haul. And, frankly, I’m not prepared to demean the barista profession the way the prevailing narrative does: I’ve met too many who appear to love what they do, and a few with university degrees who transformed serving coffee into lucrative businesses.

But even more than economic competitiveness, the university graduates I greet at convocation have been provided with the means to live thoughtful, rewarding lives. If we’ve done our work as educators effectively, these individuals know how to think critically and analytically, to see the big picture, to continue learning. They have open, questioning minds. Their lives will be the better for it, and so will our society, because it is their thinking that will drive innovation, that will develop strategies for reconciliation, that will help us understand and accept change.

I can make these statements with confidence because I am often fortunate enough to meet these same university graduates years after convocation. They come up to me at alumni events, at conferences and, yes, at the local coffee shop. And without fail, year after year, they tell me how valuable their university education has been. How they might not be doing what they planned to do after graduation, but the skills they acquired at university have helped them navigate a successful career trajectory. How they’re doing exactly what they trained for and now prepare others for the same profession. How they’re pursuing new courses to remain relevant. How their children are following in their footsteps, or taking a diametrically opposite academic path.

But I have yet to meet the graduate who confides to me that his or her time at university was a waste. If I do, I’ll know we let that student down, because university is all about developing potential to the fullest, not squandering it.

Of course, I can’t claim the same for myself. It just so happens that the best of years of my life have transpired right here on campus. But that’s only because I never really did leave.