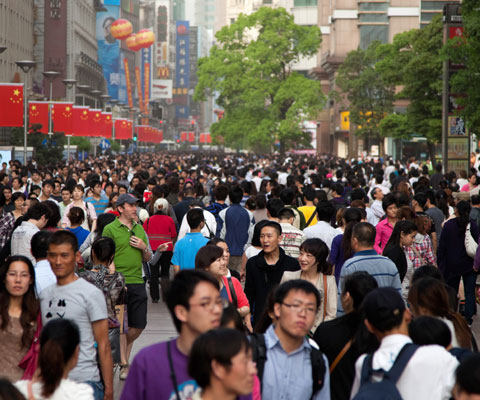 This op-ed was published in the Hill Times on December 1, 2017

This century, the challenges facing any one nation are more often than not challenges faced by all. Aging populations, climate change, the unknown implications of technological advancements — these are global phenomena that demand, if not a fully collective response, at least a response that takes full advantage of collective knowledge. Put simply, collaboration is critical.

Canada and China are fortunate to have a solid foundation for the kind of meaningful collaboration we need in the years ahead. Our two countries’ constructive relationship spans trade, business and research, going back to the very opening of diplomatic relations in the 1970s. From the start, university linkages have been a strong contributor to forming those ties.

Today we have the opportunity to solve some of the world’s most pressing problems together, and for Canada to seize its global moment as an innovation leader in the process. This opportunity makes our educational connection with China more important than ever.

Canada–China academic and research collaborations are already generating vital knowledge. The Joint Research Centre for Future Energy and Environment, for example — a collaboration between the University of Alberta and Tsinghua University — is developing sustainable, low-carbon energy solutions to address climate change. The University of Ottawa and the Chinese Academy of Sciences Shanghai Institute of Materia Medica have co-founded a state-of-the-art Joint Research Centre on Systems and Personalized Pharmacology. And there are hundreds more examples from institutions large and small across the country.

Economic opportunity is a direct offshoot of academic collaborations like these. And we know that the majority of export growth among Canadian micro-, small- and medium-sized enterprises (MSMEs) in the years ahead will come from the Asia-Pacific region, China specifically.

Without question, having high numbers of Chinese and other international students come to Canada is good for our economy. It represents a contribution of more than $11 billion a year — more than softwood lumber, wheat and other major exports. But the low numbers of Canadian learners going abroad has produced a three-part knowledge gap in what the Asia Pacific Foundation of Canada calls “Asia competence”.

Compared to countries like the U.S., New Zealand and the UK, Canada isn’t as familiar with the diversity of Asian cultures. We don’t have as deep a knowledge of Asia’s economies, societies and political systems. We don’t have as many students who can speak Asian languages. For Canada to better partner with China, to lay the groundwork for future academic, economic and trade partnerships, we need to close that gap.

The Chinese students who come to Canada learn not only their subjects of study but also about Canadian culture, business and economics. Many board with Canadian families, becoming members of the communities they study in and contributing to what could be called “kitchen table diplomacy” — the sharing of cultural understanding and forging of bonds.

Canadian students are not gaining the equivalent knowledge, which would better equip us to collaborate and do business with one of the world’s biggest and most powerful economies. By not supporting and encouraging our students to study abroad, we’re depriving them of opportunities for enrichment — and our country of developing a workforce with a globalized perspective.

To build a better, stronger relationship with China, one that starts with academia and research and carries onto trade and business, we need to do more. A recent report released by the Study Group on Global Education recommends dramatically raising the percentage of Canadian postsecondary students studying internationally to 25%. To better encourage students to study abroad (and support them when they do), the federal government needs to increase funding for international research collaboration.

Canadian postsecondary students also need more options when it comes to learning abroad. The choice can’t be between spending a full term or entire academic year in China or otherwise staying home. That’s why Canada’s universities are creating opportunities for shorter, more flexible academic exchanges. And we need to ensure students get full academic credit when learning internationally, so that the time and expense are worth their while.

Of course, it’s not just a matter of increasing funding. The China–Canada relationship is complex and needs to pay close attention to Canadian values as well as interests. Polling indicates Canadians have some concerns when it comes to partnering with China, specifically about human rights, IP protection and trade imbalances. Canadian universities’ deep ties to China, spanning more than 40 years, provide a foundation of experience to build on as Canada considers how best to engage with China. Formal agreements can help address issues. More collaboration on innovation and education will support change as well. If our work with China projects Canadian values while respecting cultural differences, we can find areas to pursue jointly and bring our countries closer.

Canada has a rare moment to take leadership in international research collaboration and establish a two-way flow of students. We’ve built the right relationships. We have the expertise. With collaboration among universities, government, civil society and business, Canada can become a true global player, and a true global partner.