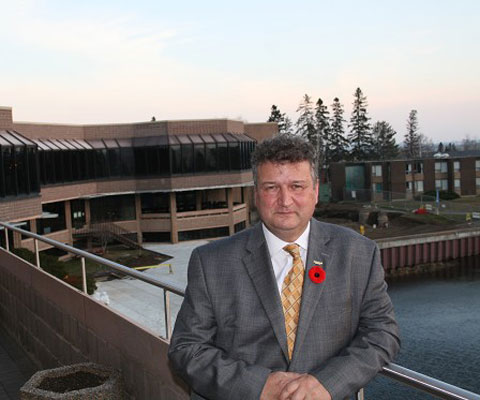 By Dr. Brian Stevenson, president and vice-chancellor of Lakehead University

This week, 19 university rectors and leaders from Brazil embarked on a cross-Canada tour. They are here to make connections, explore partnerships in student mobility and, above all, learn from Canada’s record of excellence in higher education.

From June 14 to 26, our research infrastructure, strong industry partnerships and diverse and innovative campuses will be on display. Canada has a lot to be proud of, but we also have a lot to learn from Brazil.

As an economic and political leader in Latin America, Brazil is a major priority for Canada’s international engagement, and one of Canada’s most important partners in higher education. This visit is the official return visit to Canada following a Canadian university presidents mission to Brazil in April 2012, co-ordinated by Universities Canada and led by Governor General David Johnston.

Brazil understands that international study is a pathway to prosperity and global competitiveness, both for its students and for the country. The government has invested heavily in a number of impressive initiatives for student mobility, particularly in science, technology and engineering.

In 2011, Brazil launched Science without Borders, an ambitious student mobility program that is funding over 100,000 students to participate in research and study experiences across the globe. The program is active at 63 universities across Canada, where over 7,000 Brazilian students are building friendships, connections and sharing Brazilian culture.

When Brazil came calling, the Lakehead University community answered. Over the past three years, 262 Science without Borders students have come to study at our Thunder Bay campus. When this program began, Lakehead had only one or two Brazilian graduate students and no formal ties to universities in Brazil.

By 2014, Brazilian Science without Borders students comprised 31 per cent of our international student body.

At Lakehead, it can be hard to convince students from warmer climates to brave a Canadian winter. Thunder Bay isn’t the obvious choice for most, but Lakehead has become one of the most successful Science without Borders host institutions in Canada. Our Brazilian students are thriving; they are making friends, connecting with their professors thanks to Lakehead’s small-class environment and even embracing winter sports.

Hosting these students has transformed our university and our preparedness for international students. The effects reach into the broader Thunder Bay community, bringing diversity and international perspectives to the local businesses that take them on as interns. At Lakehead, we have only just begun to experience the impact of our Brazilian students, but I have no doubt that their time here will leave its mark on their lives and careers, and build long-lasting linkages with Canada.

When I look at Brazil, I see a government investing in youth mobility for a future of prosperity. Young people are curious, adventurous and they want to experience the world. Student mobility is an effective tool for building international ties through the diplomacy of knowledge.

It’s exciting to see that Canada and Brazil are solidifying and expanding their relationship over the course of this week and next. We should view the Brazilian delegation’s visit as a testament to the strength of our universities.

This morning, the presidents of Universities Canada and the Association of Brazilian Rectors of State and Municipal Universities met for a roundtable at Rideau Hall, and signed a memorandum of understanding with a commitment to further this relationship. For the next five years, universities in both countries will pursue opportunities for greater student mobility and research collaboration and more dialogue on how they can learn from each other.

This commitment gives me hope. And seeing Science without Borders in action at Lakehead has made me wonder: what if Canada were to invest in a visionary international mobility program for its young people?

When the late Jim Flaherty was finance minister, he commissioned an international education panel that included several of Canada’s university and business leaders. The panel recommended a new program be developed to send 50,000 students abroad each year. We’re not there yet. But wouldn’t that be a terrific goal for 2017, when Canada celebrates its sesquicentennial?

International students become ambassadors for their host countries and help forge and strengthen trade and diplomatic ties between countries. A sesquicentennial commitment to international student mobility for our students would yield benefits for Canada for generations to come.