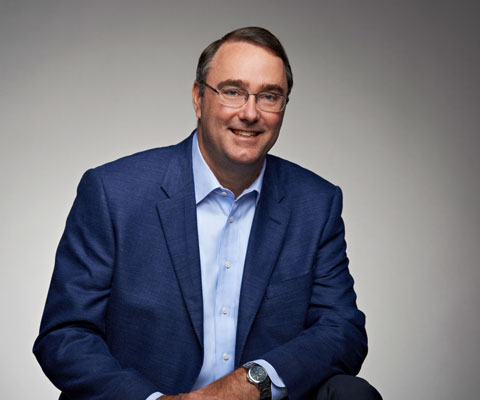 Canada’s research community mobilized this past year as never before to make the case for major reinvestment in our federal research ecosystem. With alignment across institutions, networks and organizations – from students to faculty and administrators – we’ve raised awareness that such investments will enhance quality of life, strengthen our economy and advance Canada’s standing in the world. With Budget 2018 promising the single largest investment in fundamental research in Canadian history, the federal government has clearly stated its agreement.

Our sector-wide advocacy campaign flowed naturally from the launch of the Fundamental Science Review report in April 2017. Commission by Science Minister Kirsty Duncan, the panel’s report laid out a blueprint for achieving Canada’s potential in research and discovery. And Minister Duncan has been a tireless champion for getting the results we saw in the February 27 budget.

A highlight is significant new money to support the next generation of researchers, so that we can build a science community that looks more like Canada—more diverse, and with a greater number of women.

Many of you will recall that when the Naylor report was released, some pundits described it as “dead on arrival.” Then others said it would be “one budget and done.” Budget 2018 indicates that the Naylor report will continue to be a road map for years to come.

The continued alignment of Canada’s research community will ensure the best results come from these investments and that the long-term trajectory of federal research funding builds on success.

Major steps forward in the Naylor roadmap include $925 million in new funding over the next five years for Canada’s three federal research councils. Of note, Budget 2018 establishes a new tri-council fund, with $275 million for research that is international, interdisciplinary and fast-breaking and higher risk in nature.

The Research Support Fund, the critical program supporting the indirect costs of research, such as facility and technology-transfer costs, will receive $231.3 million through Budget 2018. Universities Canada and other stakeholders will continue to dialogue with the federal government on RSF needs in the months ahead.

In October 2017, university leaders adopted seven principles and a five-year action plan for advancing equity, diversity and inclusion — and are pleased to see alignment with those principles in the commitments outlined in Budget 2018.

For example, the three federal research councils will be asked to prepare plans and strategies for diversifying funding recipients to include more women, early-career researchers and other under-represented groups. Canada’s universities will also be eligible for support to implement programs aimed at improving equality and diversity within their institutions.

In the days following the tabling of Budget 2018, Universities Canada hosted two workshops on equity, diversity and inclusion in Quebec City to advance higher education’s work in the area. The first provided women leaders from Canadian universities, colleges and institutes a forum to discuss promising strategies for advancing women’s leadership in postsecondary education. The second brought together presidents and other senior administrators to explore strategies for increasing and measuring EDI in the academy.

As we all know, the future of Canada’s research ecosystem depends on attracting and keeping leading early-career researchers at postsecondary institutions. To that end, Budget 2018’s provision of $210 million over five years for the Canada Research Chairs Program will give the program better flexibility to meet the research priorities of early-career researchers. This funding will also support increased diversity in Canada Research Chair positions.

Another highlight that reflects our collective advocacy is more stable and predictable funding for research infrastructure. Budget 2018 commits $763 million for the Canada Foundation for Innovation over the next five years and will establish permanent funding at an ongoing level of $462 million per year by 2023–24. There’s also a major investment in the renewal of federal science and technology laboratories. These investments are critical to attracting global talent and to ensuring our students and researchers have access to the equipment and facilities they need to succeed.

The $540 million investment to modernize the National Research Council will make it easier for scientists to work with innovators from postsecondary institutions to catalyze the type of transformative, high-risk/high-reward research that could potentially lead to major scientific discoveries and technological breakthroughs.

A central role for research in Canadian society

In each of its budgets, this government has demonstrated its commitment to science, research and students — with recognition of the central role universities play in shaping Canada’s future. Prime Minister Justin Trudeau has visited campuses across Canada, hearing from researchers and seeing first-hand the incredible potential of a new generation of investigators that reflects the diversity of this great country.

Canada’s universities are encouraged by government action that reflects the recommendations of the FSR panel — investments that will help build a bright future not only for Canada’s research ecosystem, but for all Canadians. The continued action and alignment of the research community will ensure the many positive impacts of fundamental science continue to accrue for Canadians for generations to come.