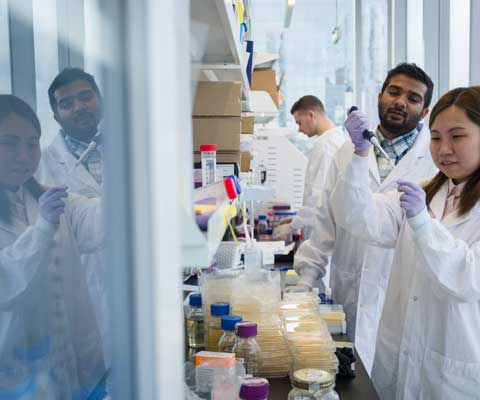 OTTAWA – Budget 2018 marks the biggest investment in science and university research in Canadian history. With a focus on investing in people and ideas for a stronger, more prosperous Canada, the budget will increase diversity in science and help develop Canada’s next generation of research leaders.

“This budget places research at the forefront of the government’s economic and social agenda, reflecting the vital role of discovery in driving innovation, job creation and economic growth,” says Elizabeth Cannon, president of the University of Calgary and past chair of Universities Canada. “It’s an important signal to other nations that Canada is serious about investing in research and will work to attract top talent from around the world.”

In each of its budgets, this government has demonstrated commitments to science, research and students, and has recognized the central role of universities in shaping Canada’s future. Reflecting the core recommendations of the 2017 Federal Science Review Panel, which called for significant investments in research, Budget 2018 provides $925 million in new funding for investigator-led research through Canada’s three federal research councils over the next five years.

Budget 2018 provides an increase of $354.7 million each for the Natural Sciences and Engineering Research Council and the Canadian Institutes of Health Research over the next five years, and $215.5 million for the Social Sciences and Humanities Research Council. An additional $231.3 over five years is targeted for the Research Support Fund – a critical program that assists universities with the institutional costs of research, such as facility costs and technology transfer supports

Budget 2018 will also establish a tri-council fund to support research that is international, interdisciplinary, fast-breaking and higher-risk, with $275 million over five years to be administered by SSHRC.

As well, granting councils will be required to increase tri-council collaboration, support for interdisciplinary research and diversity among funding recipients – including women, early-career researchers and other underrepresented groups. This aligns well with university leaders’ adoption of seven principles to advance equity, diversity and inclusion, along with a five-year action plan, in October 2017.

Budget 2018 invests $763 million for cutting-edge research infrastructure through the Canada Foundation for Innovation over the next five years, reaching a stable base of ongoing funding at $462 million per year by 2023-24.

The Fundamental Science Review Panel, a group of nine eminent Canadians chaired by David Naylor, president emeritus of the University of Toronto, laid out a blueprint for the future of Canada’s research ecosystem in April 2017.

← Previous
Statement on Budget 2018 from Canada’s research community
Next →
20 Canadian universities awarded $5.8M to cultivate next generation of global leadership