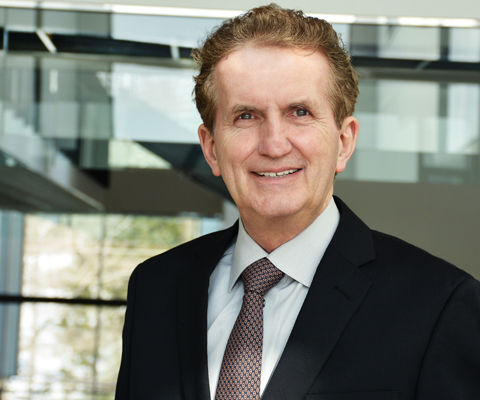 This op-ed was published by the Telegraph Journal on April 1, 2016.

Each spring, groups of excited high school students tour Mount Allison’s campus. They size up the place, picture themselves in our labs and classrooms, and imagine an amazing future. They may feel nervous and uncertain, but we know the incredible potential that they hold and which a ‍university education can unleash.

I enjoy this image. But I also imagine with regret the young people who were not on campus, who were not in a position to dream this incredible dream of a transformative ‍univer‍‍sity education. What can governments and ‍universities do to allow more New Brunswick students to have this dream?

A New Brunswick cabinet retreat early in the New Year propelled Prime Minister Justin Trudeau on his travels to the influential World Economic Forum. At Davos Switzerland, the Prime Minister teed up his government’s first budget. He declared forcefully that he wanted Canadians to be known for their resourcefulness. I believe that this was the New Brunswick influence on his thinking.

The Prime Minister’s first budget provided three important, consequential measures to bring young people’s dreams to reality and to encourage the resourcefulness that will be the formula for New Brunswick’s and Canada’s success. The budget increased financial support for post-secondary students, took substantial steps to close the education gap for Indigenous communities, and initiated steps to increase co-op and experiential educational opportunities.

First, the government increased Canada student grants by 50 per cent. These are resources that go directly to students as they start ‍university. This measure will lower financial barriers and increase access to a ‍university experience that unlocks more young peoples’ potential. This and other support measures are directed to those students who are most in need.

Second, the government laid the foundation for increasing access to ‍university for young Indigenous people. Fewer than 10 per cent of Indigenous people between the ages of 24 and 64 have a ‍university degree, a third of the rate of non-Indigenous Canadians. The budget makes substantial investments in primary and secondary education on reserve, totalling $2.6 billion over five years. This is an important foundational step in reducing the education gap, to ensure that more Indigenous students have the skills, grounding and motivation that they need to access post-secondary studies.

The next step will be to invest directly in higher education. ‍Universities are collaborating with governments and stakeholders to advance Indigenous student access and success. Mount Allison has recently concluded its second Indigenous conference this year to broaden awareness and deepen understanding of how to make post-secondary institutions more effective environments for Indigenous students. We have designated 2016-2017 as the Year of Indigenous Knowing on campus, in which we plan to greatly expand our efforts in this regard.

The budget presented a third measure to improve the resourcefulness and develop the talent of our young people. It allocated $73 million for the Post-Secondary Industry Partnership and Cooperative Placement Initiative. This is funding for co-op education and hands-on learning opportunities. More than half of our undergraduates presently have such opportunities – and they want more. And so do employers, four out of five of whom say co-op and internship students add value to their organization. More than two-thirds say they would be more inclined to bring on a student if government helped.

This partnership and co-op initiative focuses on science, technology, engineering, and math. This is a good start. But we neglect the social sciences and humanities at our peril. Society needs graduates who understand people, how cultures work, and how society and economy can cooperate and prosper. Employers need graduates who have problem-solving, planning, communications and teamwork skills. These are foundational skills to help students thrive in the evolving economy of the 21st century. These skills come from exposure to the insights of liberal arts and their real world applications.

The Prime Minister’s first budget was an investment in people and their potential. This has been an especially good news budget for New Brunswick – which faces significant economic and demographic challenges. Innovation, technology, and entrepreneurship are all important – but they are fuelled by people.

This is why it matters that the federal budget increases all young New Brunswickers’ accessibility to a high-quality ‍university experience. More young people deserve to be equipped with the skills and knowledge that they need to flourish. And we need more high quality graduates if New Brunswick is to grow and flourish in the modern world economy.

← Previous
In postsecondary education, we’re better together
Next →
A new path toward global leadership in research and innovation