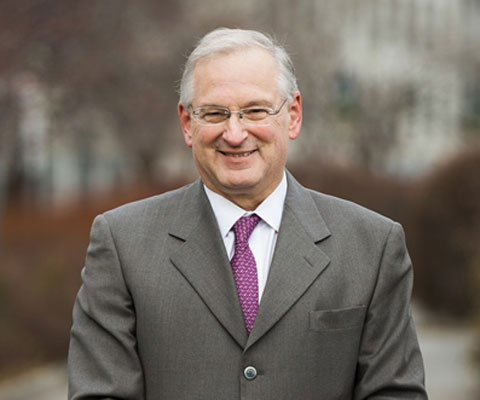 By Jacques Frémont, president and vice-chancellor, University of Ottawa

There is no getting around the fact that in 2017, the age of research secrets is over. It has given way to international research collaborations. Like the production chain for the mobile phones we all carry around, assembled out of numerous parts from a dozen countries, research is now a matter of cooperation.

Undeniably, Canada has everything to gain by positioning itself as one of China’s major scientific partners. With the publication of the federal government’s Fundamental Science Review, it is clear that basic research is vital to Canada’s international research standing. A strategic alliance with China, which has established itself as a key player in research, would enable Canada to join the worldwide trend and make major research progress.

Some Canadian universities have taken the bull by the horns and have already established promising partnerships with China. Convinced that joint laboratories are the way of the future in research, the University of Ottawa has signed an agreement regarding the first joint laboratory between the Chinese Academy of Science and a North American university. This project will lead to progress in systems biology research in the biomedical sector, one of the University of Ottawa’s fields of expertise in its collaborations with China.

Thanks to these shared programs and the attractive power of Canada, it is no surprise that more and more Chinese students are coming to Canada to study. This rising trend also highlights the fact that the converse is far from true: too few Canadian students are taking the opportunity of studying abroad. The recent report Global Education for Canadians: Equipping Young Canadians to Succeed at Home & Abroad spells out the need to urge young Canadians to obtain an international education, with all its many advantages.

It is vital that Canadian students seek out international experience in China, particularly because they will have access to advanced infrastructures for their study. Regardless of the length of their stay, by rubbing shoulders with their Chinese counterparts, Canadian students will understand what is going on in the country. They will be on the same wavelength as their Chinese colleagues, and that will benefit them for the rest of their lives. Learning Mandarin as a third or fourth language will be an asset, because China will continue to play a role of the greatest importance for decades to come.

This is because, through its collaboration with industry, its economic role and the level of integration between its universities and the business community, China is profoundly changing the game. Basic research is not carried out solely in universities or laboratories, but also in the private sector, which is fertile ground for the integration of basic and applied research.

China’s dynamic research community is organized along lines that the Canadian government would wish to see here, particularly through super-clusters. The progress that Chinese research has made in recent years demonstrates that the way to achieve worldwide recognition for research capacity is to implement a clear plan, like that proposed by Canada’s Fundamental Science Review.

It is time to realize that the large sums devoted to research in China mean that increased funding of international research collaborations will be needed to enable Canadian researchers to engage and contribute at the same level as their opposite numbers in China.