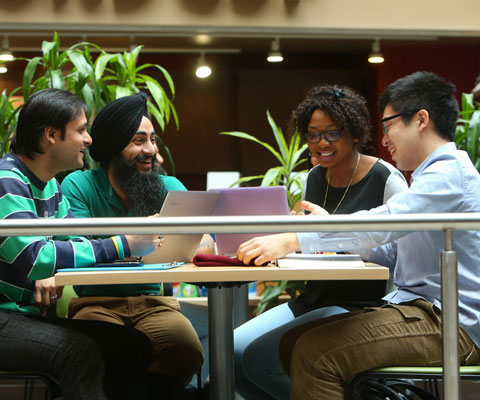 OTTAWA – At a time of closing borders and closing minds, students from around the world are choosing Canada. As the global education community celebrates International Education Week, the latest enrolment data show that international student enrolment at Canadian universities has risen by 11 per cent in the last year, reflecting Canada’s value proposition in today’s global higher education market and institutions’ concerted recruitment efforts.

“Canada is known worldwide as a nation that values diversity and inclusion, and our universities are a big part of that,” says Paul Davidson, president of Universities Canada. “Students around the globe are increasingly choosing the internationally recognized quality of a Canadian university education, and the benefits for Canada are tremendous. These students bring diverse global perspectives and experiences to share with their fellow students, help build and strengthen Canada’s international connections, and contribute economically to their host communities.”

The increase brings the total number of full and part-time international students at Canada’s universities to 192,000, hailing from more than 200 countries. Almost all provinces across the country reported a rise in international student enrolment. British Columbia leads the way with a 15.6 per cent jump.

Meanwhile, the number of new international students studying in the U.S. declined by three per cent this year, the first decrease in 12 years, according to figures just released by the Institute of International Education and the U.S. Department of State’s Bureau of Educational and Cultural Affairs.

While international students increasingly choose Canada, only 3.1 per cent of Canadian university students per year—or about 11 per cent of undergraduate students over the course of a degree—take part in a study abroad experience. A new report, Global Education for Canadians: Equipping young Canadians to succeed at home and abroad, calls for measures to increase the number of Canadian postsecondary students going abroad to 25 per cent within the next decade.

← Previous
Canada’s next researchers, innovators and entrepreneurs need our support
Next →
How Canada’s universities hope to improve equity, diversity and inclusion