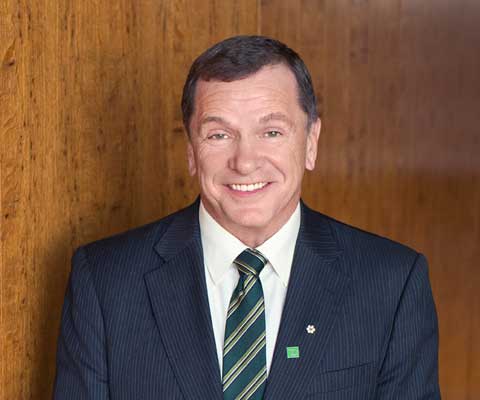 This opinion piece was published by the Globe and Mail’s Report on Business on March 3, 2019.

Canada has achieved spectacular success in attracting international students. More than 570,000 people from abroad are now studying in this country. This is a remarkable surge of 60 per cent from three years ago.

International students are a major economic driver; in 2016 alone they injected more than $15.5-billion into Canada’s economy. Graduates who stay continue to contribute to our economy, starting businesses and becoming major assets to Canadian companies with their global perspective and ties to international markets. Those who return home act as ambassadors for Canada, deepening our ties with those countries and encouraging more students to come here.

Furthermore, those few Canadian undergraduates who do go abroad still tend to choose “traditional” destinations like the United States, the United Kingdom, France and Australia.

There are lessons to be learned in these countries for sure, but the biggest opportunities for Canada are in high-growth economies: places like Asia and South America, where the federal government is already engaged in developing trade and investment agreements. Emerging economies today make up nearly 60 per cent of the global GDP: To better position Canada to compete on the world stage and maximize its trade agreements, we need to encourage our learners and give them incentives to go to these regions.

The government of Canada has declared its commitment to diversifying trade, increasing the number of sectors that do business internationally and expanding our markets abroad. We need to bring the same diversification mindset to post-secondary education, especially since half of all Canadian jobs are expected to undergo major skills shift in the next decade as technologies like artificial intelligence and automation take root.

If we’re going to get it right — for students, the future work force and our economy overall — we need to be strategic and consistent. Creating a pan-Canadian strategy for international postsecondary study — one that sends many more of our students abroad while continuing to bring top talent from across the globe to our campuses — will allow us to do that.

I’m not alone in thinking Canada needs a more internationally savvy population to succeed. More than 80 per cent of Canadian hiring managers say graduates with cross-cultural understanding and knowledge of the global marketplace are serious competitive assets to their companies. Employers want workers who excel at problem solving, communication and teamwork, and who are resilient and able to meet shifting demands.

Budget 2019 is the perfect opportunity for the government of Canada to formulate a bold, ambitious initiative that will help secure the country’s economy and set Canadians up for success in the knowledge economy.

Our strategy should build on the important work carried out by the Study Group on Global Education at the Munk School of Global Affairs and Public Policy and the Centre for International Policy Studies. Its 2017 report, Global Education for Canadians, set a goal of seeing 25 per cent of Canadian postsecondary students getting international learning experiences in the next decade. It’s an ambitious target, but the potential benefits to our workforce and our economy make it well worth aiming for.

We can make it happen with a pan-Canadian strategy and the full support of Canada’s federal government. It’s a logical, and I would say crucial, piece of any effort to diversify Canadian trade overall.

← Previous
Budget 2019: Investments in skills and talent recognize central role of universities
Next →
Global study is good for students — and for business