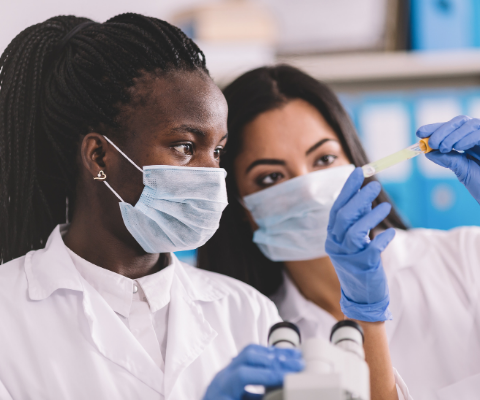 OTTAWA – Two hundred Canadian and West African researchers and advanced scholars will be receiving funding from the new QES Advanced Scholars West Africa program to work together to find solutions to the world’s increasingly complex challenges.

Each of the QES-AS West Africa projects focuses on (or clearly integrates) gender equality – the UN’s Sustainable Development Goal 5 – and puts particular emphasis on increasing partnerships between Canada and Francophone countries. All scholars will also participate in leadership development and community engagement activities and in the broader network of Queen Elizabeth Scholars.

The Queen Elizabeth Scholars program was created in 2014 to improve global talent exchange between Canada and other nations. The program aims to develop the next generation of innovative leaders and community builders by providing enriched academic, professional and cross-cultural experiences and by facilitating lasting local and global community engagement.

QES is a collaborative initiative led by the Rideau Hall Foundation and Universities Canada. The International Development Research Centre first invested in 2016, with $10 million for a new component supporting advanced scholars (AS) along with $2.5 million from the Social Sciences and Humanities Research Council. Earlier this year, to coincide with the Centre’s 50th anniversary, IDRC invested a further $3.5 million to expand the QES-AS program to support doctoral researchers, post-doctoral fellows and early career researchers from eligible West African countries and Canada.

Since its inception, the QES program has offered more than 2,200 scholarships, engaged 44 Canadian universities in every Canadian province, and involved activities in more than 70 countries to build a community of young leaders through a global exchange of talent between Canada and other nations.

“As a 50-year-old Canadian organization with longstanding connections in West Africa, IDRC believes this new investment in the QE-AS program will increase opportunities for young researchers in the region as well as provide Canadian researchers with experience in the global environment. IDRC’s partnership with the Rideau Hall Foundation and Universities Canada bodes well for a lasting legacy of closer academic ties between Canada and West Africa.”
Jean Lebel, president of the International Development Research Centre

“The QES program has continued to move forward with these new opportunities for the benefit of our global scholars and researchers, despite the disruptions caused by the global COVID-19 pandemic. Through QES, we are supporting the next generation of world leaders with a particularly Canadian perspective by focusing on the pillars of leadership development and community engagement.”
Teresa Marques, president and CEO of the Rideau Hall Foundation

“2020 has demonstrated that global connections are more important than ever. QES scholars are the next generation of innovative leaders and community builders in Canada and around the world.  Through their applied research, creative leadership, and professional networking, these scholars will contribute to stronger economies and prosperous societies, and significantly enrich the knowledge base within their respective fields.”
Paul Davidson, president of Universities Canada

Part of Canada’s foreign affairs and development efforts, IDRC invests in knowledge, innovation, and solutions to improve the lives of people in the developing world.

The research we support builds evidence to break the cycle of poverty, reduce inequalities and vulnerabilities, and help people live healthier and more sustainable lives. Learn more at idrc.ca.

The Rideau Hall Foundation is an independent and non-political charitable organization established to mobilize ideas, people, and resources across the country to tap into our national spirit and help realize our shared aspirations. Learn more at www.rhf-frh.ca.