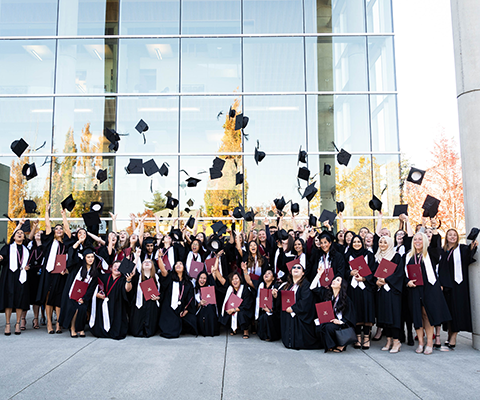 After classes, exams and late-night study sessions convocation is one of the most exciting days of a university student’s life.

Convocation is the culmination of hard work, dedication and perseverance. It is also a day filled with traditions, many of which date back centuries.

Graduation caps and gowns were first worn in the 12th century to help students and teachers stay warm since universities didn’t have central heating systems and auditoriums were quite cold.

Over time, the clothing became associated with academic success.

By the 14th century, graduates from Oxford and Cambridge university had no choice but to wear caps and gowns as the two institutions saw them as a symbol of unification.

There are several significant moments during commencement and nearly all are tied to history. From the first notes of “Pomp and Circumstance” to the keynote speaker, the presentation of diplomas, and the moment where graduates move the tassel from right to left, which symbolizes their transition from student to graduate.

For many the defining moment of convocation comes as graduates toss their caps into the air. The cap toss dates back to 1912. Graduates from the Naval Academy were the first to start the legendary toss. Navy graduates spend the first two years as midshipmen before becoming full-fledged officers and during this period they wear a different hat. Once they graduate, officers are presented with a new hat and they would toss their old caps in the air.

The tradition stuck at the Academy and as other institutions caught wind, they too adopted the practice for their own commencement ceremonies, and it remains a triumphant symbol to this day.

However, some schools have banned cap-tossing due to injuries that took place due to the sharp corners on traditional caps. To find a middle ground, some institutions have started giving out soft caps to prevent injuries.

After two years of virtual commencement ceremonies students are more than ready to celebrate in person and partake in some of these age-old traditions. Congratulations to the class of 2022!