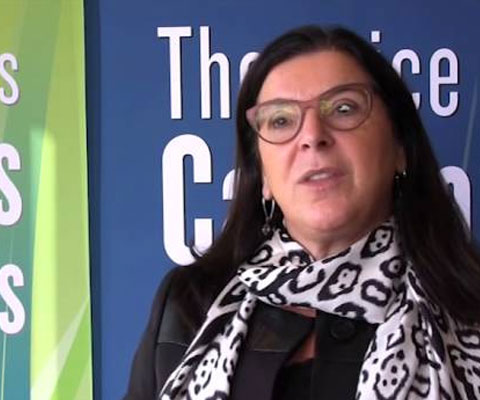 Universities are great institutions, progressive and designed to promote ideas. We think of them as equalizers—ways of ensuring that graduates of all backgrounds have a step up in the world. It seems only natural, then, that they would serve as leaders in inclusivity and diversity. Despite these popular perceptions, however, there are some troubling statistics on gender and diversity that need to be addressed. University of Regina President Vianne Timmons writes that universities have a responsibility to be ahead of the equality curve.

In 1996, I accepted a job as the Dean of Education at the University of Prince Edward Island. I was excited to see that we had a woman premier, a woman minister of Education, a woman deputy minister of education, and a woman president of UPEI. I thought this proved that we women had finally made it. I could not have been more wrong. This phenomenon lasted only a short time. Soon, men moved back into these roles, and few of them were ever occupied by women again.

In the mid-1990s, approximately 18 per cent of university presidents in Canada were women. Fast-forward two decades, and in 2016 the numbers are not much better at 23 per cent. In their 2014 paper, “Historical changes to the Canadian university presidency”, David H. Turpin, Lidgard De Decker, and Brendan Boyd conducted a thorough historical examination of changes in Canadian university presidencies, including the number of women serving as president. Their graph showing the increase in the number of women presidents in the 1990s mirrors my experience; we began to see increasing representation of women, but that representation then stabilized at around a mere 20 per cent (Figure 1).

Also notable is the fact that the number of women vice-presidents academic (37 per cent) and research (27 per cent) remains low, according to a Universities Canada 2016 study. Considering that the majority of university presidents come from vice-presidential roles, it seems that the tables are slanted against women for the foreseeable future. These numbers are doubly concerning because they seem to indicate that we are not seeing progress toward equal gender representation throughout the academy. It is critical that administrators, when hiring, ensure that they seek out and actively recruit candidates of both genders and minority representation. This is the only way equity can be achieved.

The issue of equity also has been highlighted by many who have raised concerns about the low number of women who have been named Canada Research Chairs. There were 29 per cent as of February 2016, according to the Canada Research Chairs Program. Add to that the fact that as of 2010, the number of women full professors was barely 30 per cent in the humanities and social sciences, and worse yet, only 17 per cent in science, technology, engineering and math (STEM) as well as medical fields, according to Statistics Canada in 2010. Just by looking at the numbers, I could conclude that there is a systemic problem in our universities.

This systemic problem extends far beyond Canada. Approximately 10 per cent of universities in European Union countries, for example, have women presidents. Sweden is a notable exception, with 43 per cent of its university presidents being female, according to a 2014 article by Helen Peterson, a Swedish professor. The point is that although Canadian universities may not be lagging behind everyone in terms of equal gender representation, they are certainly not advancing they way they should be.

After my 1996 appointment, I subsequently became UPEI’s first woman vice-president (academic development) and the first woman university president in Saskatchewan. There are still many universities in Canada that have never had a woman president. I look forward to the day when there are no more firsts of this type for women.

The research highlighting the many barriers to women achieving leadership roles has cited reasons such as: bias against women, chilly culture, opting out, work-life balance, and confidence. There is no one factor that explains the low numbers of women leaders in academia. It seems that there are still numerous issues, not the least of which is a lack of awareness of the problem of under-representation of women.

Some might say that we have made progress and these changes take time. That is true, to a degree. Yet despite that reasoning, we should all be concerned about the few women we currently have in leadership positions in our universities. What is even more disturbing is the public reaction when these statistics are shared.

In the spring of 2016, there were two articles published in the Globe and Mail highlighting the paucity of women presidents and Canada Research Chairs in our universities. I found it fascinating to read the online comments higher education reporter Simona Chiose’s April 2016 article titled, “More female leaders needed at Canadian universities” drew. There were 25 comments, all of them negative toward women. Let me share a small sampling: “More female leaders needed at Canadian universities…Why? I would argue the universities are currently being run very well thank you very much. No need for any Women leaders as far as I’m concerned.” And “right, right, right…50 years of giving women advantages over men is not enough.” Similar comments were made for the May 9 article entitled “Canadian universities fail to meet diversity hiring targets.”

At first I was disheartened. I couldn’t help but wonder: what has happened to our society that the bias against women not only still exists but is publicly expressed, and then just as carelessly dismissed? Isn’t it important that our daughters have the same opportunities as our sons to succeed and advance in their workplace? After all, Canada has been a world leader in legislating human rights for everyone. As these two articles have highlighted, and as the onslaught of negative comments demonstrates, it is time to look at our practices and collective mindset and recognize that we still have a long way to go.

After initially feeling despondent and discouraged, I eventually realized that these comments are the reason we need to keep this issue public. They reflect the prejudice and bigotry still held by many in our society against not only women, but also minorities.

As we know, a similar situation exists for women CEOs, women on corporate boards, and women in politics. Universities are a reflection of our society, but should not in fact be a mere reflection; instead, universities should lead societal change rather than uphold the inequities. This is an issue that we need to continue to study, and we must adjust our practices to ensure that they enable diversity, rather than prevent it.

What is the solution? Should universities institute affirmative action policies? Should university senior managers undergo training on bias and gender awareness? It is important to recognize that this is not simply a women’s issue; rather, it is an issue of which all of us need to be aware. I often hear that we should not be concerned about gender, because we should just hire the best person for the job. Highlighting this inequity is important because there are as many qualified women as there are men in academia. This is not about compromising; it is about awareness.

My grandmother had to leave school in grade four to get a job cleaning houses in order to support her mother. My mother and father worked hard to ensure that all of their six children would have a university education and equal opportunities to earn a decent living. Those equal opportunities are what the generations before us fought for, especially our grandmothers and mothers. We need to honour them by revealing the ongoing inequity, exposing the views they fought so hard to eradicate, and ensuring that our own daughters have the same opportunities as our sons.

← Previous
Science, technology, society: universities at the forefront of innovation
Next →
Attracting and cultivating talent for the fourth Industrial Revolution