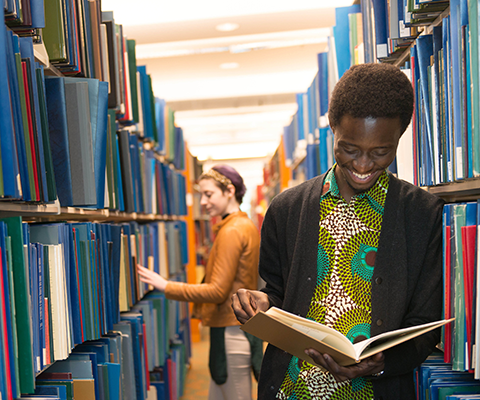 Here are some out-of-the-box courses offered at Canadian universities.

What is comedy? What is humour? What is laughter? This course, offered at the University of Prince Edward Island, explores philosophical theories of humour and studies problematic humour and free speech controversies.

Fans of the Harry Potter book series will be excited about this course offered at the University of Waterloo. By studying all seven of J.K. Rowling’s Harry Potter novels, students will deepen their understanding of young adult novels, practice literary criticism and explore cultural studies and critical theory. Muggles are welcome!

The greatest party in the world

The art and science of hacking your brain

This course, offered at Simon Fraser University, explores the science behind everyday decision-making and gives students the knowledge to make any learning situation easier and more fun.

Offered at the Université du Québec à Montréal, this course explores the factors involved in forming food taste, attitudes and eating behaviours. The pleasure of eating is analyzed from anthropological, sociological and psychological perspectives, and students gain a better understanding of their own relationship with food.

Attention all music afficionados! This course at St. Francis Xavier University covers rock and pop music from 1955 to the near present. Everything from Elvis Presley and The Beatles to present day rap and hip-hop is covered.

Probability and games of chance: Poker 101

Watch out, Vegas! This University of Ottawa math course provides an introduction to probability theory, game theory and the mathematical underpinning of games of chance like Texas Hold’em poker. Common cognitive biases and reasoning mistakes are explored, as well as the various facets of online gaming, fraud detection and gambling addiction.

This Carleton University course explores witchcraft, witch-hunts and witch crazes in Britain and Europe between the 16th and 18th centuries. Key themes include the popular belief in witchcraft and magic, the role of the devil in society, changes in religious beliefs, crime and punishment, the household and the family and more.

Why do people join cults, and how do conspiracy theories and alien encounters relate? This McMaster University course explores the evolution and social impact of cults, conspiracies and close encounters and the historical, cultural, political and religious dynamics that inform them. Some communities studied include Scientology and Q-Anon.

At the Université de Sherbrooke, students can study the evolution of Québécois songs and how they relate to society and current trends. Songs are studied from sociological, political, literary and musical lenses.

The vampire: Modernity and the undead

From Dracula to Twilight, vampires have long existed in folklore, philosophy, fiction and television. This course, offered at the University of King’s College in Halifax, examines the figure of the vampire in various historical and cultural contexts and considers what the changing ideas of the vampire can tell us about early modern views of death, morality, national identity, sexuality and gender.