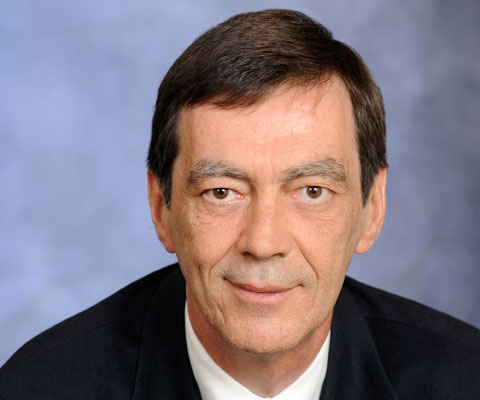 By Robert Proulx, former rector of Université du Québec à Montréal (UQAM) and a member of Universities Canada’s board of directors

With the federal government set to review the Copyright Act, Canadian universities underscore the need to protect the “fair dealing” principle, which balances authors’ rights to fair compensation for their works with society’s right to access these works when it is in the public interest.

Universities are in the business of knowledge generation, promotion and dissemination. By definition, they produce and use material protected by copyright. Thanks to substantial public funding, faculty members devote their careers to knowledge creation. To ensure that new knowledge generated by their research becomes widely available, authors normally surrender their rights to publishers, which then sell the scientific output back to educational institutions. Canadian universities currently invest more than $350 million annually (up more than 40% since 2003-04) to purchase content that, more often than not, they themselves produced with the help of government support.

Universities readily spend these vast sums because access to knowledge is critical to their ability to fulfill their mission to provide students with state-of-the-art training and to produce knowledge of the highest caliber. This is why it is imperative to achieve a proper balance between the right of authors to be compensated and recognized for their work and societies’ right to access this work, and, where appropriate, to do so using fair dealing.

Parliamentary legislators included the notion of “fair dealing” in the Copyright Act specifically to establish a fundamental balance between authors’ and users’ rights. Fair dealing allows for the use of short excerpts of works without the need to obtain permission from the copyright owners or to compensate them when it is in the public interest to do so. Accordingly, copyright protected works can be used for the purpose of education, private study, research, satire, parody, criticism or review, and news reporting.

The Supreme Court of Canada has delivered multiple rulings in favour of fair dealing, thereby protecting our collective interests. In 2002, it recognized that fair dealing was important for “the ability of the public domain to incorporate and embellish creative innovation in the long-term interest of society as a whole” (Théberge v. Galerie du Petit Champlain Inc., par. 32). Supreme Court decisions handed down in 2012 not only proposed a broad and liberal interpretation of fair dealing for research purposes (in Society of Composers, Authors, and Music Publishers of Canada v. Bell Canada), but also held that photocopies of short excerpts made by teachers for distribution to students can qualify as fair dealing (in Alberta (Education) v. Canadian Copyright Licensing Agency). The Supreme Court concluded that: “teachers have no ulterior motive when providing copies to students. Nor can teachers be characterized as having the completely separate purpose of “instruction;” they are there to facilitate the students’ research and private study.” Therefore, research and private study, which were already considered sufficient grounds to exercise fair dealing long before the Copyright Act was amended in 2012, should be interpreted to imply that education is also a reasonable motive for fair dealing.

The legal validity of the principle of fair dealing is firmly established and recognized for both the university and broader educational sectors.  Canadian universities do everything in their power to ensure compliance with the Act. In 2012, Universities Canada introduced a Fair Dealing Policy for Universities as a guide to help academic institutions develop their own copyright policies. It is noteworthy that the Council of Ministers of Education (Canada) put forward a similar policy for elementary and secondary schools, as did Colleges and Institutes Canada for the college system. Universities deploy considerable resources to assist and advise faculty, staff and students on the correct application of copyright law. The university sector has demonstrated its commitment to comply with the Act through multiple initiatives including: the presence of dedicated copyright offices and staff on campus, the development of communities of practice, training opportunities for the academic community and the development of good practice guides.

However, while legislation and case law are very clear, as is the societal importance of maintaining access to knowledge, much of which was publicly funded, some stakeholders in the content creation and distribution industries oppose the principle of fair dealing altogether. These opponents find it unfair and accordingly challenge the right to fair use of copyrighted works by universities. They claim it is a form of piracy or counterfeiting that hurts sales and, ultimately, authors.

Yet nothing could be further from the truth. While pirates and counterfeiters hijack a good they do not own in order to resell it illegally, a fundamental principle in academia is acknowledging and respecting authorship as reflected in strict rules around citations and plagiarism. When academics make use of copyrighted material, they are simply availing themselves of available resources to fulfill their research and education mandate; they are not seeking to gain personally from the work of others.

In short, to attack fair dealing is to call into question the ability of universities to fulfill their role supporting research, education and the advancement of social interests. We must stand firm and continue to defend and protect fair dealing because knowledge is key to our collective advancement and the pursuit of the common good for the benefit of current and future generations.