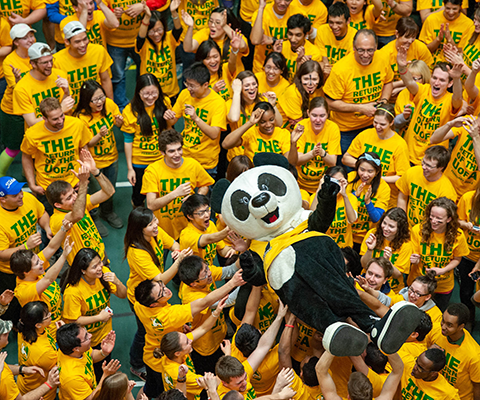 University mascots started out as simple lucky charms for sports teams in the late 19th and early 20th centuries. Nowadays, they are so much more. They’re the embodiment of school pride on campus and present at events such as pep rallies and orientation day.

At the start of his career, Université de Sherbrooke’s Sherlo was neither named Sherlo, nor did he belong to the university. In fact, the friendly red fox was originally designed for the 1995 finals of the multi-sport event Jeux du Québec, held that year in Sherbrooke. His creator was an 11-year-old boy who won a mascot designing contest.

At the end of the event, the university—worried that Joox (as he was then known) would end up forgotten in a storage unit—offered to recruit him for its sports teams. He was later renamed Sherlo by a student and now participates in orientation and convocation every year.

GUBA and Patches (University of Alberta)

GUBA and Patches are the University of Alberta’s mascot duo. GUBA, a brown bear, cheers on the men’s teams, while Patches cheers for the women’s athletic teams, the Pandas.

While they are now a package deal at most university events, GUBA is almost two decades older than Patches. First introduced in the early 1970s, his name stands for “Great University Bear of Alberta.” Patches, on the other hand, didn’t show up until the 1990s. Despite this, she is often a favourite at events, particularly among young children.

Gee-Gee is both the name of the University of Ottawa’s mascot and its sports teams. Unlike other mascots who were first designed, then named based on their appearance, Gee-Gee the Horse was designed based on his name! The name is both an abbreviation of the team colours, garnet and grey, as well as British slang for the first racehorse out of the gate, hence the adoption of a horse mascot in the 1970s. 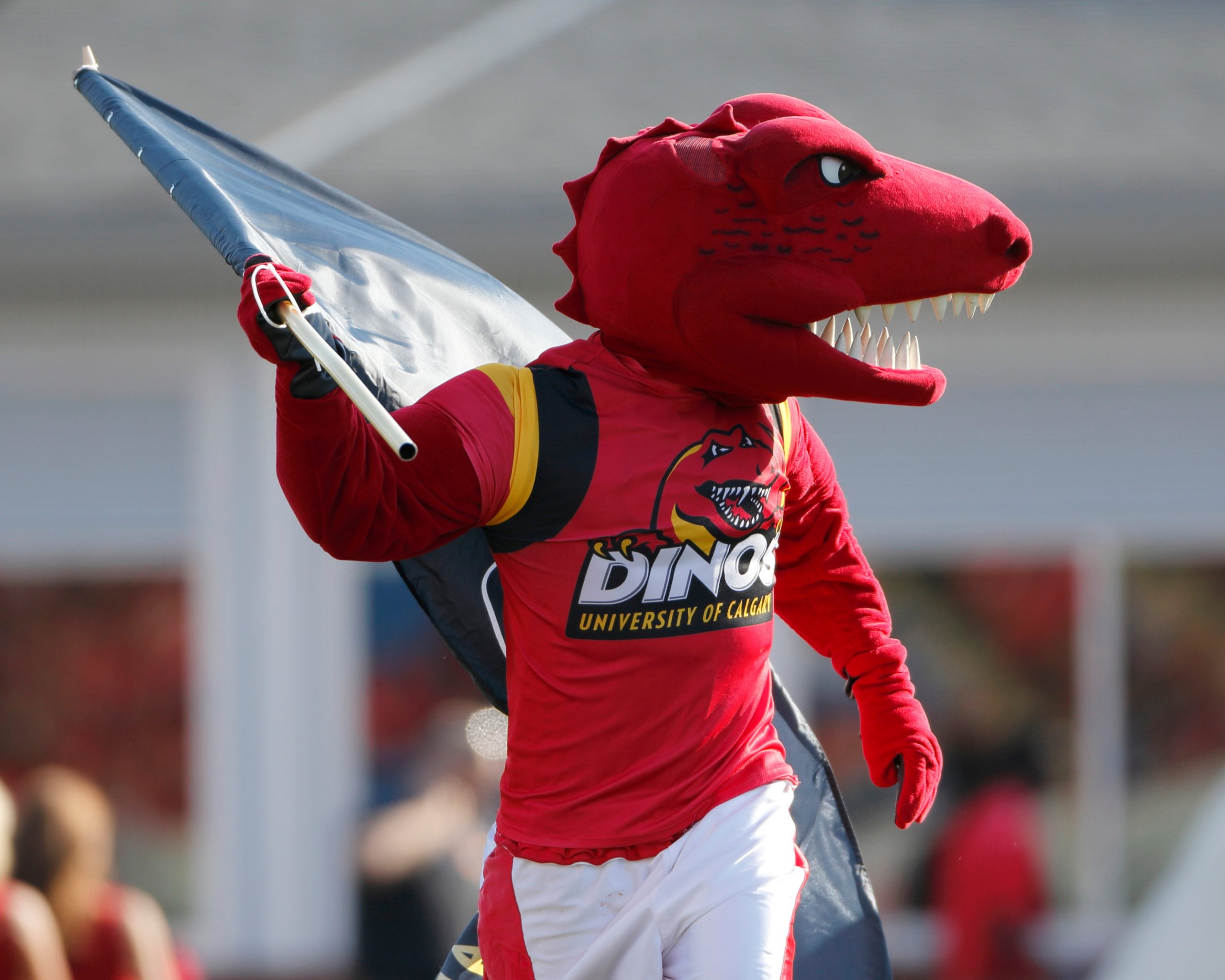 Rex O’Saurus is, as his name suggests, a dinosaur. Rex has been around for most of the university’s history, having been introduced in 1964, two years before the University of Calgary became an independent institution. The decision to have a dinosaur mascot comes from a desire to pay homage to paleontological sites in Alberta.

The red dinosaur has been through several makeovers over the years. In fact, Rex’s original design resembled a lizard more than a dinosaur. He’s also had a name change; in the 1980s, he was known as Dexter. His current design dates to 2013.

Mount Saint Vincent University’s Captain Crow was introduced when the university’s previous mascot, Monty, . The new mascot’s design was chosen in part because of the large population of crows that live on campus. These birds also represent many qualities valued by the university, such as intelligence, loyalty and determination. With crows appearing on university logos and merchandise, it made sense for the new mascot to be one too!

Boo Hoo the Bear has been Queen’s University’s mascot since 1922, when a group of students purchased a bear cub and brought it to the university’s football games. He was succeeded by four other bear cubs, all named Boo Hoo, until the 1950s when it was decided  keeping a live bear was inhumane.

However, the modern-day mascot beloved by Queen’s University’s students didn’t make an appearance until the 1980s. Today, Boo Hoo the Bear is instantly recognizable by his red tartan vest, bowtie and tam.