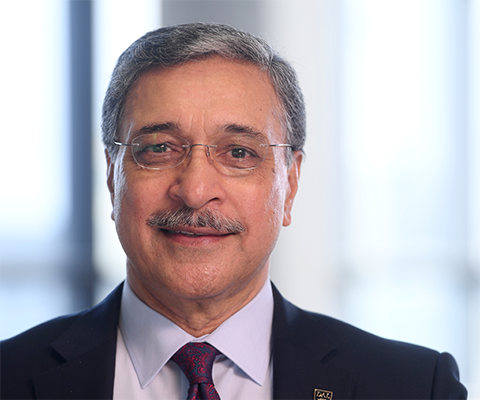 As a career academic and accomplished researcher in plant biology, Dr. Saini brings broad post-secondary experience and international perspective. Before taking on the role of Dalhousie University’s 12th president in January 2020, Dr. Saini served as president and vice-chancellor of the University of Canberra in Australia (2016-2019). Originally from India, Dr. Saini holds a Doctor of Philosophy in Plant Physiology from Australia’s University of Adelaide, and has worked at four of Canada’s top 15 research-intensive universities, including the University of Toronto, the University of Waterloo and the Université de Montréal.

Universities Canada’s bi-annual membership meeting provides a forum for Canadian university presidents to discuss current issues, as well as the future of post-secondary education and research. Under this year’s theme, Forward together: Trailblazing beyond recovery, university leaders shared their vision for a prosperous, sustainable and inclusive future, and the importance of investing in university education and research to get there.

“Dr. Saini has been a long-time advocate for higher education and innovation, and has been a valuable contributing member to our organization and board of directors throughout the pandemic,” said Paul Davidson, Universities Canada president. “As vice-chair, I am confident he will continue providing strong, national leadership to Canada’s universities as they support the people and ideas that are key to a brighter future.”