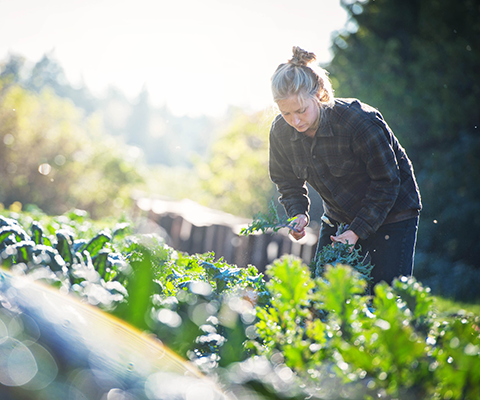 As hubs for research, education and innovation, universities are a key player in tackling the climate crisis. As we celebrate Earth Day, here is some of the work already underway at Canadian universities to protect the planet.

The University of Regina established the Clean Energy Technologies Research Institute (CETRI) to study decarbonization technologies, carbon capture and more. Hydrogen, a potential clean source of energy, is one area of focus for the research institute. Their researchers have developed revolutionary technology that converts fuel into clean-burning hydrogen, while also recycling CO2. Additionally, CETRI researchers have developed a pilot carbon capture plant with reduced energy requirements, and they are developing ways to transform waste into energy, fuels and chemicals.

Carbon neutrality—in other words, having a balance between the carbon you emit and the carbon you absorb from the atmosphere—is one great way to reduce greenhouse gasses contributing to our warming planet.

Universities in British Columbia are leading the way on carbon neutrality, with all of them achieving net neutrality as required under provincial law. The University of the Fraser Valley, for example, has invested in building upgrades and energy retrofits and ran behaviour change campaigns which significantly reduced their use of natural gas on campus.

In the province of Quebec, the Université Laval was the first university to have reached carbon neutrality in 2015. They did so by optimizing their heating plant, investing in energy saving retrofits and maintaining carbon sinks which capture over 13,000 tonnes of CO2. The university intends to continue its sustainability work and become a full-blown testing ground for innovative solutions to climate change.

Dalhousie University and The University of British Columbia may be at opposite ends of the country, but both have replaced traditional heating plants with cutting-edge, more environmentally friendly energy plants.

Dalhousie University’s Biomass Energy Plant was the first of its kind on a North American university campus in 2018 and places the university on the leading edge of sustainable technology. The plant works by burning biomass fuel—organic materials such as wood, crops or animal manure—and has helped the university reduce its carbon footprint.

The Université de Sherbrooke has also been exploring more sustainable sources of energy and is the home of Canada’s largest solar park. Powering 15% of the university’s main campus, the park one of the university’s 45 projects—including geothermal and energy conversion projects—that have helped it achieve a 63.5% reduction in greenhouse gas emissions. The university is also undertaking important solar energy research and has an experimental thermal storage system on campus. Learn more.

The ocean is the most important global storage depot of carbon on earth and achieving net zero is impossible without it. Memorial University of Newfoundland, Dalhousie University, the University of Prince Edward Island and eight major international research institutes partnered up to form one of the world’s most significant ocean science research collaborations: the Ocean Frontier Institute (OFI). The institute is converting research findings into meaningful information for policy-makers, industries and communities to help Canada attain net zero.

Memorial University of Newfoundland, located on the edge of the North Atlantic, is also working to protect the planet’s oceans by building artificial reefs, investing in green ship technology and minimizing the impacts of oil spills. Learn more.

The unfortunate reality is that our climate is already changing, and we will need a plan to adjust our cities and ways of living to these changes. The Labo Climat Montréal is a living lab investigating climate change vulnerabilities in the redevelopment of the urban area of Lachine-Est in Montréal. In doing so, they hope to create new urban planning practices that will improve future developments’ resilience against heat waves, extreme rain and other environmental issues caused by climate change.