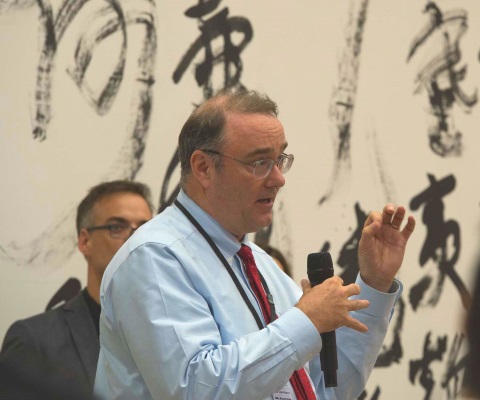 This op-ed was published in The Chronicle Herald on October 11, 2018

Canada has been engaged with China for over one hundred years. Our engagement has adapted to changing circumstance, opportunity and risk – with strong support from Canada’s universities since the beginning.

In the early 1900s dozens of graduates of Victoria University at the University of Toronto set out for south west China as part of a missionary exercise that saw the creation of schools, hospitals, and a university. Their experiences led to the creation of a significant body of knowledge about China that helped inform Canada’s policy approaches for decades.

Mid-century, Canadian physician Dr. Norman Bethune took on hero status across China and was cited by Mao for his compassion and medical care of thousands of rural Chinese. To this day his efforts are lauded, and Canada’s reputation is burnished. So too is the Diefenbaker government’s commitment of wheat in response to drought recognized as part of our long engagement there.

From the 1970s to 1990s, far sighted investments by the Canadian International Development Agency developed a two-way flow of students between Canada and China, helped build capacity of Chinese universities and hosted generations of Chinese scholars who went on to places of prominence across China. These people to people ties have allowed our knowledge and experience of China to grow outside formal diplomatic and trade arrangements.

In each decade Canada has assessed how best to engage with what is once again a global super power and economic engine for the world.

Universities Canada was invited to participate in the PPF forum, because China matters to Canada’s universities. Universities are the home of leading expertise on trade, human rights, climate change, and other subjects where China’s actions will shape our future, and where Canadian knowledge can be brought to bear.

We were there because Canada’s universities have a role to play in equipping Canadian students with the skills they need to thrive in the 21st century. We are working with business and civil society leaders to build “Asia competencies” in language, culture, and business so that this generation is ready to engage effectively with one of the largest economies in the world.

China is also investing heavily in research and is collaborating with people and institutions around the world. Again, this presents opportunity as Canada’s talent is seen as being amongst the best in the world. Discussions around intellectual property and related matters also have to be advanced to ensure lasting mutual benefit. Drawing on the expertise of others around the PPF table is helpful in this regard.

And we were part of the discussions because about one third of international students in Canada come from China. The economic impact of students from China studying in communities across Canada represents the largest single source of revenue from China after commodities. And the value to Canada of this alumni network to building lasting relations in China cannot be overestimated.

The resulting discussion paper, released this week, paints a picture of opportunity, but does not sugar-coat the risks. It calls on Canadians to learn from our experience with China and our experience around the world in crafting relationships that work.

And it underscores the importance of public dialogue and discussion to build the political consensus across regions, parties and sectors to move forward.

Amidst the global context of disruption and populism it would be too easy to reduce this conversation to sound bites and punditry. That would be a shame – because getting the relationship right with China will have both immediate and long-term consequences for Canadians from coast to coast.

Canada can draw on its long experience with the United States, as well as its post-war role in crafting an international architecture that helped create the longest period of peace in Europe since the Middle Ages and the longest period of sustained economic growth and widening prosperity in history.

These are not minor assets to bring to the table.

Canada’s universities will continue to be active in developing our relationship with China, as we have been for over 100 years.