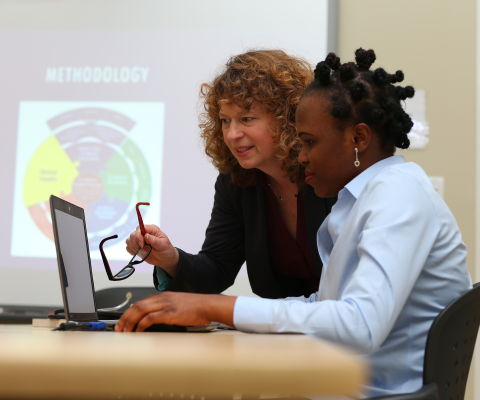 This op-ed was published in the Edmonton Journal on March 8, 2018

We see these hard-working women getting first degrees, upgrading credentials, and discovering their potential in lecture halls and laboratories on university campuses across Canada. They’ve been there in increasing numbers since Grace Annie Lockhart became the first woman in the British Empire to earn a university degree in 1875. It was a bachelor of science conferred by Mount Allison University in Sackville, New Brunswick.

On International Women’s Day, let’s talk about where we go from here. Nearly 150 years after that first degree, gender gaps still exist. Despite Lockhart’s trailblazing, in STEM (science, technology, engineering and mathematics) fields only one-third of PhD graduates in Canada are women. And in university leadership positions, the gap widens. One-quarter of Canadian university presidents are women, up from just 20 per cent a couple of years ago.

Make no mistake, women are taking their place within the research community and in leadership positions throughout universities. The measures outlined in the federal budget will help to accelerate this trend.

That the government used a gender-based and diversity analysis on each of the budget provisions gives us reason to hope that our graduates may soon enter a workforce inside and outside the academic community that respects and rewards every individual for their skills and contributions.

Change will come. Canadian students are leaders in advocating for equality, diversity and inclusion and they rightly won’t stand for the status quo. We are with them. Universities are taking action and our work in this regard goes beyond gender alone. Visible minorities, Indigenous peoples and those with disabilities, for example, are also under-represented in academia.

While Minister Morneau read his budget last Tuesday, more than 80 people from the university sector gathered in Quebec City for back-to-back workshops on issues of inclusion and diversity in the postsecondary education community. The first workshop saw senior women leaders from Canadian universities, colleges and institutes discussing promising strategies for advancing women’s success in higher education.

We’re seeing progress. Women account for an increasing percentage of full-time faculty on Canadian campuses. A year ago, 40 per cent of full-time academic teaching staff at Canadian postsecondary institutions were female, up from 36.6 per cent in 2010.

Although there is a salary gap between male and female faculty, it’s relatively narrow compared to other areas of employment, with female academics earning 95 to 97 per cent of their male counterparts, depending on rank.

When we look to the executive ranks, however, we see a lot of room for growth. Twenty-five women hold presidential appointments at Universities Canada’s member universities, including the four of us. We know that the missions of our universities will be most successful when all members of our communities are supported in achieving their potential.

Last year, universities across Canada adopted a set of principles aimed at inclusive excellence. The principles include commitments to integrate the values of equity, diversity and inclusion in the pursuit of excellence in teaching, research, community engagement and governance. They commit us to attracting and supporting the success of students, faculty, staff and leaders from all backgrounds, particularly from under-represented groups. They commit us to championing equity, diversity and inclusion not just on campuses but also in communities and across the country. And they commit us to developing and maintaining action plans to accomplish these goals.

That was the focus of our second workshop last week. Bringing these principles to life is the challenge, as we saw in discussions around ensuring that those values are integrated into institutional action plans, governance, research and community engagement.

At our workshops we applauded news of the budget provisions to improve support for women, under-represented groups and early-career researchers in STEM fields. We are encouraged to see government respond to the needs we have identified.

Universities are committed to moving the needle. We have not waited for a legislated call to action. Students deserve to see themselves reflected on campus, and to see discussions and measures to ensure equity, diversity and inclusion go beyond gender. They must be able to graduate with the same enthusiasm for work and the same aspirations for their careers as they had when they said yes to higher education.