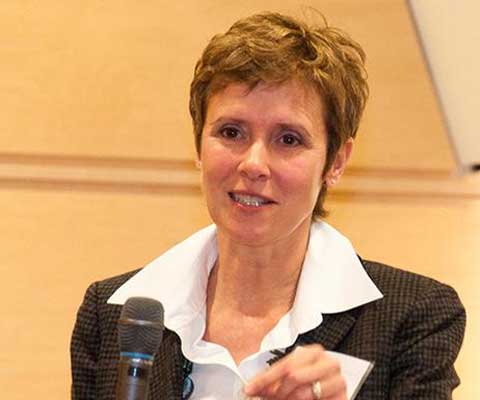 In current policy discussions, fundamental science and innovation are often placed in opposition to one another. Is it possible to resolve this apparent conflict, and to optimize the value of government research investment, by strengthening the continuum from basic research to innovation?

The question arises, in part, from the excellent recommendations of the recently released Naylor report, Investing in Canada’s Future: Strengthening the Foundations of Canadian Research. Former University of Toronto president David Naylor and eight other members of the advisory panel on federal support for fundamental science have noted, with appropriate concern, the decline in Canadian spending on research and development over the past 15 years. We have slipped below the top 30 nations in the world.

In the face of that decline, the Naylor panel recommends a significant re-investment in research, especially “investigator-led research,” which it argues is foundational for building an innovation economy.

But the recommendation triggers a familiar argument. As the panel points out, the most transformative discoveries generally come from curiosity-driven research. But political leaders, in seeking to generate innovation that creates employment and economic activity, have sometimes favoured applied research or tied university research funding to business and industry priorities.

The solution, however, is not for governments to sacrifice the transformative benefits of fundamental research, but for universities to develop strategies that optimize the value of research spending across the continuum, from fundamental to applied, and from “investigator-led” to “priority-driven.”

Many universities are doing so. Simon Fraser University, for example, has crafted an innovation strategy designed to support basic research, and then to provide our researchers with the help they need to get ideas to market. We buttress this program with a commitment to engagement, actively making our researchers’ skills and capacities available to business, industry, and civil society, to support both economic and social innovation.

An example might illustrate the case. SFU has a particularly strong team in nanotechnology, and in 2008, Dr. Bozena Kaminska and graduate student Clint Landrock were looking, in pure fascination, at the luminous wings of the Blue Morpho butterfly. They discovered that the bright blue colour came not from pigment, but from nano-sized holes that trap and reflect light.

It was one of those “Ah ha!” moments that occur frequently in great universities, and, nearly as frequently, drift quietly away. Researchers are good at research. They are not necessarily good at understanding or accessing market potential. That’s why SFU has programs like Venture Connection, a university-wide business incubator, with skill-building and mentoring provided by people like Doug Blakeway, a Venture Connection entrepreneur-in-residence.

When the researchers took their idea to Blakeway, he recognized the potential and helped them establish Nanotech Security Corp., which now specializes in anti-counterfeit technologies. Nanotech can “print” materials without ink: it punches 500 million holes on an area the size of your little fingernail, and those holes reflect light in the form of unreproducible holograms.

Of course, Nanotech needed additional applied research to develop products, for which it turned to 4D LABS, SFU’s material science lab. 4D is permanently at the ready to work with internal and private-sector partners, to solve problems, or, as with Nanotech, to scale up and take advantage of market opportunities.

With ongoing help from 4D LABS, Nanotech is now a world-class provider of anti-counterfeit technology. The UEFA Euro 2016 Football Championships used Nanotech images on all of its tickets, and Nanotech recently signed agreements with a subsidiary of the China Banknote Printing & Minting Corporation, and with a high-security hologram manufacturer in India. It also has a $30-million contract to develop banknote security features for another currency issuing authority.

Here’s the bottom line: SFU researchers don’t innovate because government makes them; they do so because they are passionate about their discoveries and want see where they can take them. The university’s community engagement model nurtures this passion because researchers get asked hard, interesting questions that further their discoveries, and community partners, in business or civil society, get the help they need. In turn, university infrastructure and programs help ensure that great discoveries lead to great ventures.

Naylor and company have made a compelling case for increasing support to investigator-led research, and Canada’s universities are well able to generate huge value from that investment. And, as the SFU example demonstrates, there are ways to ensure that this strategy still results in innovations that maximize economic and social benefit.