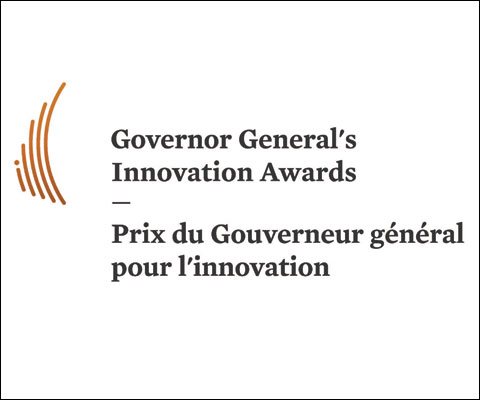 OTTAWA – The inaugural winners of the Governor General’s Innovation Awards include outstanding examples of the world-leading research and discovery taking place at Canada’s universities. Created by His Excellency the Right Honourable David Johnston, Governor General of Canada, the awards honour six remarkable Canadian individuals, teams and organizations who, through their imagination and ingenuity, contribute to our country’s success and inspire future generations of innovators.

Among the winners of the prestigious awards are:

For a full list of recipients see the Governor General’s innovation blog.

“These trailblazers are terrific role models for the young Canadians whose creativity and curiosity will do so much to shape Canada’s future,” says Elizabeth Cannon, president of the University of Calgary and chair of Universities Canada. “The Governor General’s Innovation Awards highlight the role of universities as engines of innovation. Working with partners in government and business, we’re committed to helping transform Canada into a globally recognized innovation nation.”

“Canadians can be proud of these outstanding innovators and their role in addressing the challenges facing our communities, country and world,” says Paul Davidson, president of Universities Canada. “It’s incredibly important that we recognize the innovative thinking that moves our country forward. We commend the Governor General for launching this new annual award.”

Recipients were selected by a committee of highly accomplished individuals from all sectors of society, including former principal of McGill University, Heather Munroe-Blum. Universities Canada is a nominating partner in the award program.