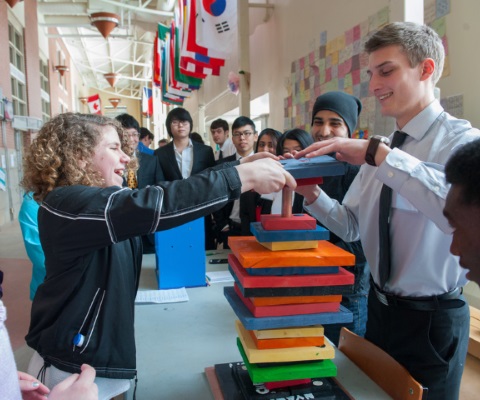 Any country that wants to succeed in our shifting global economy needs a globally aware workforce. International study that includes experiential learning is one of the best ways to build that awareness. To meet this growing labour force need, Canada needs many more of its bright young students to go abroad.

Currently only 11 per cent of Canada’s university students take part in a global study opportunity over the course of their degree. By comparison, 32 per cent of French undergrads study internationally, and the United States set a goal of doubling student participation in international education by the end of the decade. If we want to be globally competitive, Canada must do better.

Why is this so important to business? In our rapidly changing world, Canadian employers need workers who are culturally aware, resilient and adaptable — skilled in problem solving, communication and teamwork. These are all competencies gained through international experiences.

Global experiences take students out of their comfort zones, challenging them to adapt, find solutions and persevere when the going gets tough. The lessons they learn while outside familiar territory serve them — and their eventual employers in Canada — well when they return home.

The benefits of global learning aren’t just anecdotal. A 2014 study of 78,000 European students showed improved problem solving, communication, teamwork, resilience and adaptability among those who spent time studying elsewhere. Likewise, research by the U.S. Institute of International Education suggests international study also contributes to the development of intercultural and interpersonal skills, curiosity, flexibility, confidence and self-awareness. These are all assets to companies looking to establish or grow international ties. It’s no surprise that the United States, Australia, France, Germany and other peer nations are ramping up programs to send more students overseas.

Many Canadian employers say their need for these ‘human skills’ outstrips the need for ‘hard’ or specialist skills. The 2018 EY Growth Barometer, an annual survey of global middle-market C-suite leaders, found only 12 per cent of employers needing specialist skills, while traits like being a team player (31 per cent), an autonomous worker (16 per cent) and an effective leader (11 per cent) scored equally or significantly higher.

Other surveys show that more than 80 per cent of Canadian hiring managers see cross-cultural understanding and knowledge of the global marketplace as assets. This should not be surprising for a country where 70 per cent of GDP comes from trade.

The benefits of studying abroad aren’t just economic. Students come back deeply enriched by the experience. And it turns out learners from less-advantaged backgrounds reap the greatest benefits.

A 2017 U.K. report found graduates who studied abroad earned an average of 6.1 per cent more than those who didn’t. Many Canadian universities have already taken steps to expand international opportunities for students from underserved backgrounds. Examples include Ryerson University’s Global Indigenous Solidarity Grant and the University of Victoria’s Indigenous International Work-Integration Learning Exchange Program.

So why do so few of our students take part in international study over the course of their degree programs — even though 97 per cent of Canadian universities offer such opportunities? For many, financial constraints stifle their international ambitions.

Some progress has been made in recent years to provide more opportunities for students to gain these valuable experiences. One example is the Queen Elizabeth Scholars program, which has sent more than 1,000 students overseas since 2012 to help them grow into global citizens while promoting Canada as a destination for the world’s top research talent.

We need to do much more to develop the labour force Canadian businesses need to compete at home and abroad.

In the ground-breaking 2017 report of the Study Group on Global Education, education and business leaders put forward an achievable target of 25 per cent of Canadian postsecondary students having international learning experiences within the next decade — and a plan to get there.

The report’s proposed initiative, Go Global Canada, could initially help 15,000 Canadian students go abroad each year — and raise the total to 30,000 within a decade. It would include programs to help lower-income students and those from other underrepresented groups participate. And it would encourage students to study in emerging economies, which now account for almost 60 per cent of global GDP.

Some of our closest partners and competitors are already investing heavily in initiatives like this one. Canada is not keeping pace and the economic impact could be significant. Budget 2019 is the right time for action through investment in global study, and in the future of Canada’s labour market.