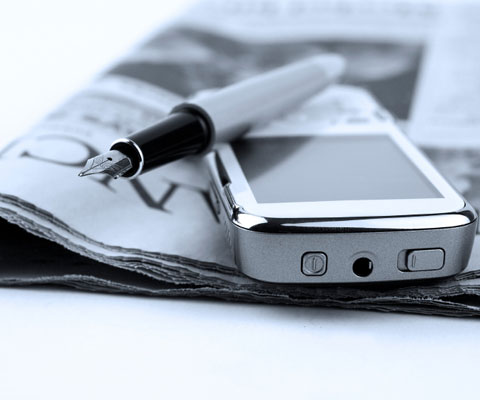 Commentary by Peter Halpin, executive-director of the Association of Atlantic Universities, in the Saint John Telegraph-Journal

The following commentary was published in the Saint John Telegraph-Journal  on March 6, 2015.

By Peter Halpin, executive-director of the Association of Atlantic ‍Universities

We are dismayed by the profoundly negative nature of recent editorial comments concerning the province’s ‍university sector in the Telegraph-Journal and Moncton Times & Transcript. While the ‍university sector is not above constructive criticism, the almost hostile tone of the newspapers’ opinions bring to mind a comment attributed to British author Oscar Wilde, who mused that “A cynic is a man who knows the price of everything but the value of nothing”.

Written in response to recent enrolment trends data released by the Maritime Provinces Higher Education Commission (MPHEC), both editorials badly under-estimate the hard work undertaken by the province’s ‍university leaders to tackle, in partnership with others, the significant challenges confronting New Brunswick. To suggest that ‍universities have been oblivious to New Brunswick’s population challenge, particularly among the university-age cohort, is simply inaccurate.

Encouraging young people from all corners of the province (14,153), across the country (4,277) and from around the world (2,793) to pursue a ‍univer‍‍sity education in New Brunswick has been a longstanding, top priority. Despite a recent slippage in enrolments, New Brunswick’s ‍university participation rate (29 percent) ranks fourth in Canada – three percent higher than the national average.

The notion that ‍university leaders are somehow insensitive to the growing cost of post-secondary education and its growing burden on students and their families is simply wrong. New Brunswick’s ‍universities expend considerable time and effort on attracting funding from sources outside government to provide millions of dollars in student scholarships and bursaries (80 percent of which is attracted from outside of the province) and on-campus employment. It is also noteworthy that 41 percent of all students who earn a bachelor’s degree do not have any debt at all, while one-third of those with debt owe less than $12,000.

New Brunswick’s ‍universities are talent magnets that annually produce nearly 5,000 credentialed graduates who become the province’s future community, business, government and political leaders, professionals and entrepreneurs who reside and start families in communities across the province. More than half of New Brunswick’s recently elected MLAs are graduates of the province’s ‍universities, including Premier Brian Gallant and many members of the Executive Council.

‍Universities are powerful economic engines, employing more than 4,000 New Brunswickers in high-quality jobs and purchasing millions of dollars in products and services from local businesses.

The province’s ‍universities lead innovation in New Brunswick, performing more than half of the province’s R&D ($135 million annually), $84 million of which is funded from outside the province.

New Brunswick’s ‍universities play a vital role in improving standards of living; creating the right environment for a thriving arts and culture sector as well as the recreation, fitness and athletic facilities vital to active and healthy lifestyles – essential to improving health and wellness outcomes. Not to mention the important role they play in providing highly supportive environments in which young people grow into adulthood.

In short, New Brunswick benefits from having four, strong, publicly engaged ‍universities in the province.