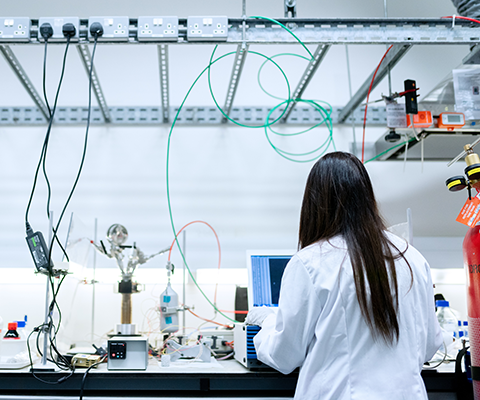 This op-ed was published in the The Hill Times on September 21, 2022

After nearly two-and-a-half years of a global pandemic, the public is more engaged than ever with science and research. Never have there been more armchair experts in virology and vaccines.

But while we may have collectively learned the difference between viral vector and mRNA vaccines, very few Canadians are aware of the many years of exploratory, discovery research—like that of Canada’s own Dr. Pieter Cullis at the University of British Columbia—required before there could ever be the “rapid development” of COVID-19 mRNA vaccines.

Government-funded university-led research is key to our future health and prosperity. Investing in research—even where future commercialization is uncertain—provides opportunities for our people and ideas to flourish. The return on investment for government funding of fundamental research is a country that attracts, develops, and retains the most talented people who will go on to create and innovate to drive Canada’s economy.

Research of all kinds generates tomorrow’s jobs and leads to breakthroughs for the world’s pressing issues, including climate change and sustainable development. Social science research provides the tools society needs to tackle challenges that plague our communities, such as inequality, vaccine hesitancy, and mental health. And investments in the arts and humanities build understanding and social cohesion. Investments in university research are no longer just a scientific imperative as we emerge from the pandemic—they are an economic and social imperative.

Many G20 countries are massively reinvesting in their research ecosystems. The United States has recently passed legislation that commits US$280-billion to research and innovation. In contrast, Canada’s overall share of economic activity dedicated to research and development (R&D) has continued to decline over the last 10 years, sitting well below the Organisation for Economic Co-operation and Development average of 2.4 per cent. Countries considered world class in innovation invest more than three per cent of their GDP in R&D each year. Canada does not.

That’s a problem as investors look to countries that have skilled talent and strong research and innovation capacity. We can’t afford to lag behind.

Canadian policy-makers would be remiss to ignore this important lesson. Beyond the scientific, social, and economic imperatives of investment in university research, there is also a strong political imperative.

In early 2022, a Nanos survey highlighted Canadians’ declining faith in the country’s institutions, but universities (and colleges) still ranked at the top, as major contributors to Canada being a better country. Furthermore, public opinion polling conducted early in the pandemic by Abacus Data showed that 93 per cent of Canadians agree or strongly agree that from medicine to technology, to social harmony and the environment, strong universities are essential to a healthy, safe and prosperous Canada. That’s right—93 per cent.

Canadians have learned that the work universities do matters. In a time of rampant polarization, it’s one of the few things on which nearly all Canadians agree.

It’s time for Canada’s leaders to learn the same lesson, and to act on it.