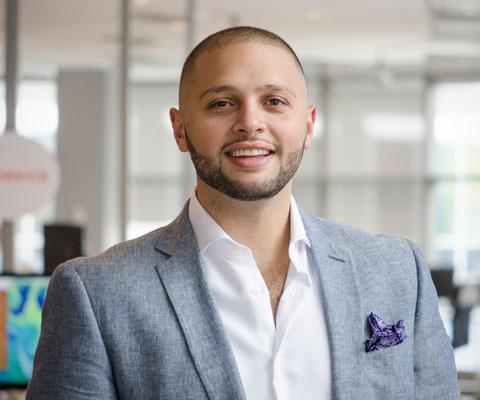 By Abdullah Snobar, executive director of the DMZ at Ryerson University and speaker at Universities Canada’s Converge 2017.

Introduce innovation and entrepreneurship at a young age, well before the post-secondary level, to future-proof our next generation of leaders.

In 1873, 10-year-old Edward Bok had an idea. Quench the thirst of New Yorkers under a sweltering Brooklyn sun by selling glasses of ice water for a penny.

His venture soon caught on and competitors started to pop up, eating into his profits. But that didn’t stop the budding entrepreneur. He simply upped his game, adding lemon and sugar to his water and selling the lemonade concoction for 3 cents a glass.

The oldest documented case of the child-made lemonade stand was born.

What followed was generations of young entrepreneurs erecting their own stands during the hot summer months and selling glasses to their neighbours and friends. The lemonade stand has ostensibly become a symbol of North American capitalism and entrepreneurship, a symbol that is passed down from one generation to the next.

To this day, if you walk into a room full of executives and ask if any of them created their own stands as a child, an overwhelming number will recall it as their first venture.

So what changes this ambition? Why does our first expression of that startup mentality not evolve into the dream of becoming an entrepreneur as a viable career? Why are many wooed to the prospect of more traditional and professional occupations – the doctor, the lawyer, the engineer.

Perhaps the answer lies in our public education system. A system that teaches subjects focused mainly on traditional career paths.

Despite the fact that our world is virtually unrecognizable from what it was over a hundred years ago, our education environment is in many ways unchanged.

Children still mostly sit in neat rows of desks. Still follow a prescribed curriculum. Are still mandated by the rigour of standardized testing, with very little room left over for innovation. And, they are still only punctuated by those teachers who are prepared to buck the status quo.

That’s not to take away from the tried and tested models that have produced millions of career-ready children. It is time to ask ourselves: are we doing enough to inspire children become entrepreneurs, instead of leaving that task to one-off elective high school courses or post-secondary education?

Too many young, fresh and creative minds are leaving school with no entrepreneurial skills or innovative mindsets whatsoever.

Much has been written about the changing Canadian economy. We need, say the pundits, to shift from the resource economy to the innovation economy, one that is better suited to support a move from the industrial age to the digital age. We know the need to act is urgent.  Technology is reshaping virtually every aspect of our lives and making it possible for us to compete across sectors, globally.

The federal government has echoed this view, announcing the first-ever innovation agenda, and paving the way for more emphasis on entrepreneurship and innovation as the keys to jobs, growth and prosperity.

The government highlights the fact that, despite our economic advantages – generous tax incentives, strong fiscal position, highly educated workforce, and cultural diversity – we are falling behind, especially in areas of research and development, ability of startups to scale globally, access to capital and financing and investing in new information and communication technology. These are all key tools for winning the innovation race, and we cannot slip while other countries are moving at warp speed to equip their economies to lead.

If we are to “foster a confident nation of innovators” and “build Canada as a global centre of innovation,” as the government proclaimed in its innovation agenda, we must start with the foundation. Put simply, a key ingredient to our future generation’s success is missing from the majority of our K-12 (primary and secondary school) classrooms — entrepreneurial and innovation education.

We need to transform our K-12 schools’ curricula to meet the needs of our changing global economy, if we are going to wholly support the students who dream of starting their own companies. These students are our future job creators, our future economic drivers.

This problem cannot be solved by the odd speaker series or the occasional course on coding. If we truly want to compete and keep up with the changing economy and global interests, new hard and soft skills must be blended into our whole curriculum and our teaching philosophies to better prepare students for a vastly changing labour market.

Beyond developing critical thinking and problem-solving skills, students should gain experience in starting and managing their own businesses, experience what it is like to think ambitiously and push beyond the status quo.

Most importantly, we need youth to think of entrepreneurship as a career option long before they reach the post-secondary level.

All of this change can only start with a shift in attitude. While our neighbours south of the border have heralded their entrepreneurs as modern day heroes, our entrepreneurs remain fundamentally obscure.  A recent national study conducted by Ipsos revealed that few Canadians can name even one high profile entrepreneur. And yet, we have a rich mosaic of Canadian entrepreneurs – the penultimate expression of the lemonade stand — on Canadian soil.

How do we bridge these gaps?  How do we make the premise of the lemonade stand stick?

For starters, we need key players — government, school boards, the private sector, entrepreneurs — to adopt the mission of inspiring change throughout the K-12 curriculum. That change should include the following:

Ryerson University’s Basecamp is an example of an educational program that provides high school students with access to mentorship and resources to help them become successful entrepreneurs and innovators. Students who are accepted into the program leave with a startup. We have to give students access to this type of learning, or we run the risk of great ideas going unrealized.

Ryerson has also introduced Zone Learning in 11 domain-specific zones, built off the success of the DMZ to be a unique form of experiential learning where teaching and learning are rooted in startups and social change models and ideas are ushered from concept to viable prototypes. Students in faculties from business to engineering to arts receive the support they need to create, develop and launch ideas that have an enormous potential to positively impact society.

My hope is really quite simple. Introduce innovation and entrepreneurship at a young age, well before post-secondary education, to future-proof our next generation of leaders with the right skills to become a competitive workforce in an increasingly automated future.

We have undeniable assets in Canada to be global innovation leaders. We just need to inspire and fuel the thinking at a younger age and till the soil so that world-class innovation can truly spout from our education institutions.

We need to bring back the ideal of the lemonade stand and infuse it through our systems. We have to keep up, up our game and adopt Edward’s model — when everyone else is selling water, let’s sell lemonade.

Abdullah Snobar is the executive director of the DMZ at Ryerson University, the top-ranked university based startup incubator in North America and third in the world. He leads a team that is passionate about helping Canadian startups scale to world-class businesses and realize their full potential. He spoke at Universities Canada’s Converge 2017.